San Luis Police detectives are searching for multiple suspects who are responsible for breaking into the Skate Warehouse in SLO early Wednesday morning.

According to SLOPD, they received a call around 5:30 a.m. from the manager of the Skate Warehouse that is located at 3566 South Higuera Street. The manager informed police he had just arrived at work and saw flashlights inside the warehouse and could hear rustling noises inside. The manager also told police that before he called them he entered the warehouse and turned on the lights but did not see the suspects. 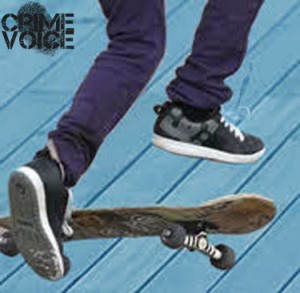 According to police, the suspects exited the store and fled the area prior to their arrival. They left through a hole they had cut into a large metal rollup warehouse door in order to enter the premises, according to SLOPD. The suspects also cut through a chain link fence which allowed them access to the property and an easy escape route.

Police say they were able to view video of the parking lot, which shows a white Econoline van arriving and departing prior to the call to the police.

It appears the suspects stole a large amount of skate shoes, although a complete inventory still has to be completed by employees.

“Currently this is the fourth reported commercial burglary involving a warehouse of a shoe supplier.  San Luis Obispo Police Investigators believe the suspects committing these crimes are part of an organized crime group out of southern California.  It is believed the group is often made up of four or more suspects and transport the stolen property in a white cargo type van.  These vans are often stolen near the reported burglary.  Investigators are working closely with southern California law enforcement agencies who are investigating similar commercial burglaries,” said Lieutenant Jeffery Smith in a SLOPD press release.

SLOPD is encouraging business owners to make sure their business is properly secured at night and alarm systems activated.  Anyone who sees suspicious activity near businesses in the late or early morning hours is encouraged to contact the police department.

Currently the investigation is ongoing, anyone with information regarding this crime is urged to call the San Luis Obispo Police Department at (805)781-7317 or Crime Stopper at (805)549-STOP. 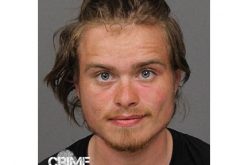