FRESNO – Two young children are among the four people who died on Sunday morning when a young mother went on a shooting spree that ended with her taking her own life. 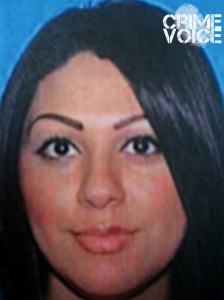 The incident happened at the Silverlake Apartments on East Belmont in Southeast Fresno around 6:45 a.m. Authorities have been trying to piece together the events of that morning and are releasing some of the details.

According to police, 23-year-old Aide Mendez and 27-year-old Paul Medina, a cousin of her common law husband, were smoking meth in the apartment just before the shootings took place, as evidenced in a video police found on an iPad2 from that had been recorded that morning. Police also found 10 grams of meth, $8,000, and three handguns.

At some point that morning, things went wrong in the apartment. Neighbors heard shots from inside the apartment and called the authorities. According to police, Mendez’s husband and the father of her children, 33-year-old Eduardo Lopez, ran to a neighbor’s apartment after he had been shot by Mendez.

The neighbor yelled at Mendez to stop, at which point Mendez ran back into her apartment, police said.  At the same time, a 7-year-old girl who had been in Mendez’s apartment ran out screaming. Police say she is a daughter of one of Mendez’s friends and had stayed the night at the apartment. The young girl escaped uninjured to her own home and is now a key witness in the case. 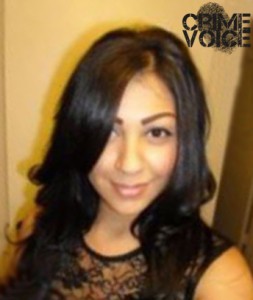 “This young girl witnessed a heinous crime yet she was able to provide great insight into what happened that fateful day,” Foster said of the girl.

When police arrived at the scene, they found Lopez bleeding outside of an apartment. He told them his wife was responsible. He was transported to Community Regional Medical Center where he remains in critical condition with stab wounds and a gunshot wound in his neck.

Meanwhile, police gathered around the outside of Mendez’s apartment, preparing to go inside.

“When they were at the door, they heard a single gunshot,” Captain Dennis Bridges said. Police believe what they heard was Mendez taking her own life.

Officers rushed into the apartment and found a grisly scene. Aliyah Echeverria, 17 months old, and Isaiah Echeverria, 3, Mendez and Lopez’ children, were found in the bathtub with gunshot wounds. Their mother was found with a self-inflicted gunshot wound in the same bathroom. Mendez and the young boy were already dead when police arrived. The baby girl was still alive, but died later at the hospital.

Medina was also found in the apartment with a gunshot wound and was pronounced dead at the scene.

“All around, this is a terrible tragedy,” Bridges said.

The couple had lived in the apartment for around two years, police said, and the cousin had been living with them for the last six months. Police said none of the adults were employed.

Officers had visited the apartment on numerous occasions in recent months for domestic abuse, but no one had suffered from any injuries, including the children. Police say the disturbances never rose to the point where Child Protective Services were needed.

A motive for Sunday’s spree of violence has not been revealed.