Jonathan Scott French, 41, was convicted in May of the first-degree murder of Jennifer Stark, a popular court reporter at the superior courthouse in Vista. The 43-year-old mother of two was found by her teenage son around 11:20 p.m. July 31, 2009, when he arrived home. 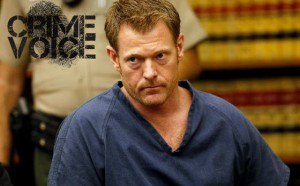 In addition to the fatal cut to her throat, Stark had at least 13 superficial knife slices to her neck and suffered bruising to her face and body from the attack, prosecutors said.

French, a medical supplies salesman, testified during the trial that the slaying was a spontaneous fatal assault, and asked the jury to find him guilty of voluntary manslaughter, which carries a lighter prison sentence than first-degree murder.

“I don’t really remember cutting her neck at all,” he testified, adding that he snapped after he found a text message from another man in Stark’s cell phone as they talked at her Carlsbad home. Earlier in the evening, he said they had gone out for dinner and drinks.

In the early 1990s, French was discharged from the Navy after being involved in a domestic violence incident out of Pensacola, Fla., in which he strangled and battered his girlfriend at the time, according to court documents.