AUBURN – A Placer County jury this week found an Auburn man guilty of exposing himself at a park last year.
45-year-old Dirk Foehr’s attorney had argued that his client had been jogging and was changing his clothes inside the vehicle when a woman spotted him naked at Auburn Regional Park back in March 2009.

But after hearing testimony from witnesses, a panel of 12 men and woman disagreed.

Foehr will now spend the next 90 days in jail and once released be required to register as a sex offender.  The prosecutor in the case believes the sentence is appropriate.

The two day trial wrapped up Thursday and it only took a jury 30 minutes to find him guilty of indecent exposure, a misdemeanor charge.

Before handing down the sentence, Placer County Superior Court Judge Larry Gaddis said Foehr’s behavior painted a disturbing picture and, “This is a serious offense that offends people in the community.”

As part of the sentence, Foehr will be on formal probation for the next four years.  He is also required to attend any counseling programs ordered by the Placer County Probation Department.  He is also not allowed to have any contact with the witnesses in the trial and will have to pay more than $1,600 in fines. 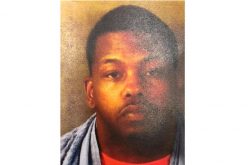