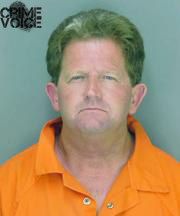 SBPD spokesman Sgt. Mike McGrew described the crime scene as “grim”, indicating that Department of Justice investigators were brought in to investigate the murder scene prior to removal of the bodies at 3:15 p.m. Monday.

Both victims were killed by shotgun blasts in the bedroom of their large home in Santa Barbara’s upscale Mesa area.  Suspect Lyons’ brother was a prominent Santa Barbara attorney, specializing in litigation issues; the female victim had at one time been a prosecutor in the Fresno County District Attorney’s Office.

The home wherein the murders appear to have occurred has been the focus of protracted financial disputes between the victims and the suspect.  The victims had filed a lawsuit against Lyons, alleging that he had failed to perform under the terms of a construction-remodeling contract.  The suspect had been working under the name Select Construction Service, guaranteeing completion of work for approximately $600,000, while billing his brother for costs in excess of $1.2 milion. 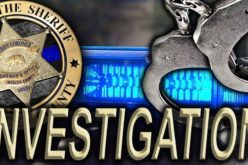