ROCKLIN — A series of catalytic converter thefts that struck Rocklin and other surrounding communities more than a year ago continues to plague the city.

Lt. Lon Milka, Rocklin Police Department, said during a phone interview that the thefts are “happening three to four times a week.”

The motive, he said, is financial.

Valuable metals are used in the construction of catalytic converters, which reduce an automobile’s harmful emissions, Milka explained. “Metals like palladium and rhodium are used by automobile manufacturers,” he said. Small amounts of gold and silver are also used.

“With some of those metals worth several hundred dollars an ounce,” Milka said, “it’s easy to see why thieves would steal these converters.”

According to other press accounts, the California Highway Patrol stated that platinum can be sold for more than $1,000 an ounce. Rhodium sells for more than six times that amount.

When the department started receiving reports of stolen catalytic converters, Smith said, everyone thought that it was a series of unusual crimes that wouldn’t happen again.

“But we kept getting reports,” she said. “And we weren’t the only ones dealing with this sort of crime.”

In the past year, catalytic converter thefts have become a nationwide problem, Milka said.

“I’ve even heard reports of similar crimes in Europe,” he said.

Smith said that vehicles manufactured by Toyota — the 4Runner, Tacoma and Tundra models — are targeted by the thieves.

“These particular Toyota vehicles are high off the ground, which means easy access for the thieves,” she explained. With the proper tools, she said, the thieves can remove the vehicle’s easily-removed bolt-on catalytic converter within seconds.

While most reported thefts happen in residential areas, the vehicles parked along the street or in driveways, Smith said that thieves have even struck at vehicles during daylight hours. “They will even hit vehicles in a shopping plaza’s parking lots. Or at the victim’s place of business.”

Calling the thieves brazen, Milka said, “is an understatement.”

Rocklin Police Department has joined with the Folsom and Roseville police departments, as well as the California Highway Patrol and the Placer County Sheriff’s Office to combat the problem. Smith said that the agencies have conducted “etch-a-plate” programs, where people can bring their vehicles to a location and have their license plate numbers etched onto the converters.

If an etched converter is stolen, the owner contacts (us), she said, and local recycling centers will be notified by police to watch for that particular converter.

Milka said that people need to park their vehicles in garages or even buy motion sensors and alarm systems. “They should talk to their neighbors, be on the lookout for suspicious activity.”

“We’ve made some arrests all ready and so have police departments throughout the area,” he said. “With the public’s help, hopefully we can make more.” 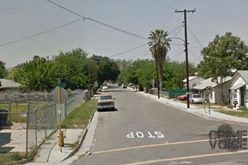 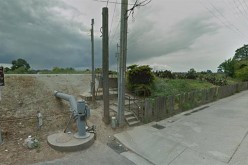