HUNTINGTON BEACH, CA (March 7, 2008): A gas station attendant in Huntington Beach fought off a robber armed with a hatchet early Friday morning, suffering a small cut on his hand from the incident.
According to police, a man entered the Chevron gas station located at 8971 Adams Ave. at approximately 12:40 a.m. asking to buy cigarettes. However, the man then pulled out a hatchet and demanded money from the cash register.
Â

The attendant, Solomon Wendemagegen, 47, initially complied, handing some money over before shifting into fight mode and struggling with the thief. Ultimately Wendemagegen was able to seize the hatchet.
Â

The suspect fled with an undisclosed amount of money and was last seen headed west on Adams in a small red compact, said police. He was described as being white, short with a thin build, clean-shaven, wearing a black hoodie sweat shirt and black gloves.
Â

Mr. Wendemagegen declined going to the hospital for treatment of the cut on his hand.Â  Â 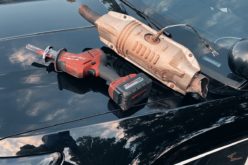 A Vigilant Community Member for the Win! 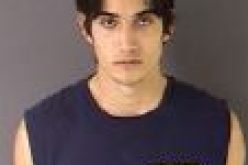