Brothers charged with stabbing and kidnapping

OAKLAND (Feb. 19, 2008) – Two brothers, Carlos Mejia Valadez, 24, and Cesar Valadez, 19, have been charged with stabbing a total of eight people at and party Sunday morning along with the kidnapping of three others.

The 19 year-old girlfriend of Carlos Valadez was also charged with kidnapping which took place after the three of them forced the hostess and two other to drive them from the scene.

The two brothers were charged with eight counts of assault with a deadly weapon and three kidnappings. The men are also suspect members of Hayward’s DGF gang and both have criminal records.

Police are not entirely sure why the fight broke out. They think it might have been over a woman being pushed or over some other unknown personal dispute.

After the fight the three suspects lost the keys to their car so they forced the party hostess, her niece, and another man to drive them away.

The three of them were caught when Carlos Valadez went to Eden hospital for treatment of his injuries. A visit police quickly learned about and came to arrest them. 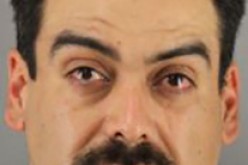 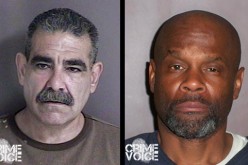