Originally published 9-22-22 via Facebook
by the Porterville Police Department:

“On September 19, 2022 at 8:26 PM, an Officer with the Porterville Police Department conducted a traffic stop in the area of Morton Avenue and Matthew Street.

When the vehicle yielded, driver Marco Ramirez and passenger Tonya Galafate were contacted.

Further investigation was conducted during the original traffic stop.  The vehicle Marco Ramirez was driving was searched and approximately ½ ounce of methamphetamine and associated drug paraphernalia was located within the passenger compartment. Further evidence located indicated the methamphetamine found in the vehicle was possessed with the intent to distribute. Marco Ramirez also displayed physical symptoms of being under the influence of a controlled substance.

Marco Ramirez and passenger Tonya Galafate were arrested for possession of drug paraphernalia and possession of methamphetamine for sales. Marco Ramirez was additionally charged with driving under the influence of a controlled substance.

Mark Keoninh with charged with possession of methamphetamine for sales.  All three suspects were booked into the Tulare County Jail.” 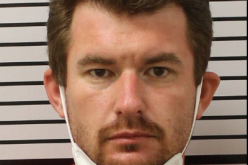