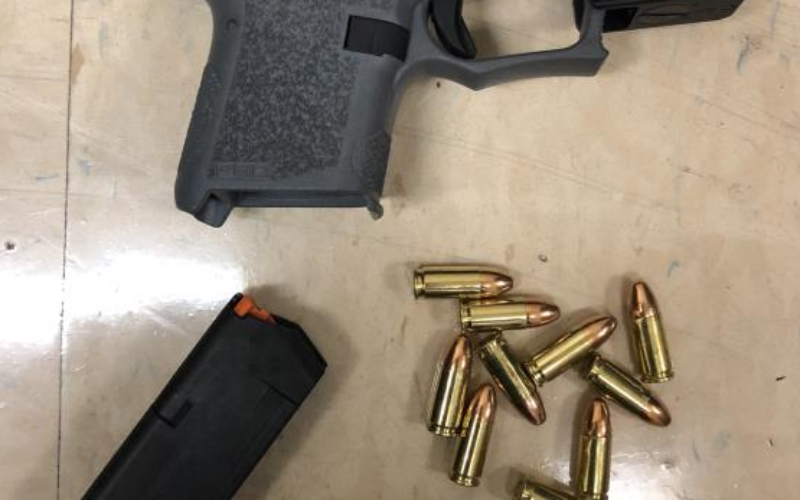 “Two people are under arrest on firearms and child endangerment charges in Vista.

On September 18, deputies from the Vista Sheriff’s Station responded to the Franciscan Motel in the 900 block of S. Santa Fe Avenue in Vista for a report of a man pointing a firearm with a laser at citizens.

Deputies arrived on scene and tried to contact the suspect later identified as Jeremy Joseph Greene (DOB: 3/7/1995), a convicted felon with prior weapon charges.   He had barricaded himself in his motel room with his girlfriend and their two small children.

Despite numerous attempts from deputies asking Greene to surrender, he refused to comply.

Greene’s grandmother intervened and convinced him to come out of the room.  Greene was taken into custody and his girlfriend and children were taken to safety. Greene was later identified by both the victim and a witness as the suspect in this incident.

Greene was arrested and booked into the Vista Detention Facility on multiple firearms and child endangerment charges.  His probation was also revoked.

After detectives from the Vista Sheriff’s Station conducted their initial investigation, Green’s girlfriend, Sophiena Robles (DOB: 9/24/1996), was brought in for questioning.  On September 30, she was booked into the Vista Detention Facility on multiple firearms and child endangerment charges.

The investigation is ongoing.” 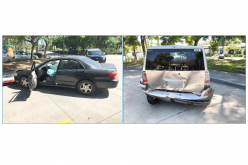