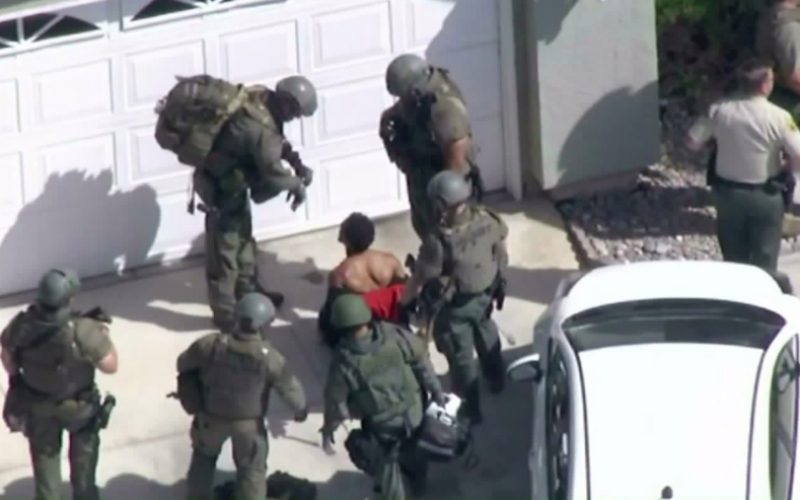 “The defendant ambushed and shot Owen (53) multiple times while Owen was responding to a burglary committed by the defendant in the 3200 block West Avenue J-7 on Oct. 5, 2016,” said the D.A.’s Greg Risling. “After the murder, he jumped into the sergeant’s patrol vehicle when a second deputy arrived at the scene.”

Trenton Trevon Lovell (dob 8/3/89) then drove Owen’s patrol car and rammed into the arriving-deputy’s vehicle. The defendant made a quick getaway and fled to a nearby residence, trapped two victims, then robbed them at knifepoint. He was arrested a short while later.

“He admitted the special circumstance allegation of murder of a peace officer and special allegations of using a firearm to murder Owen, using a patrol car as a deadly and dangerous weapon during the attempted murder of a second peace officer on scene, using a knife in a robbery and false imprisonment after he fled from the scene of the murder,” said Risling.

Los Angeles County Sheriff’s Department investigated Case MA069699. Lovell, who is scheduled to be sentenced on May 17th, faces life in prison with no possibility of parole.

“Sgt. Owen sacrificed his life to protect the community he served,” District Attorney Gascón said. “This plea will not bring Sgt. Owen back but will hopefully provide some small measure of peace to his family.”