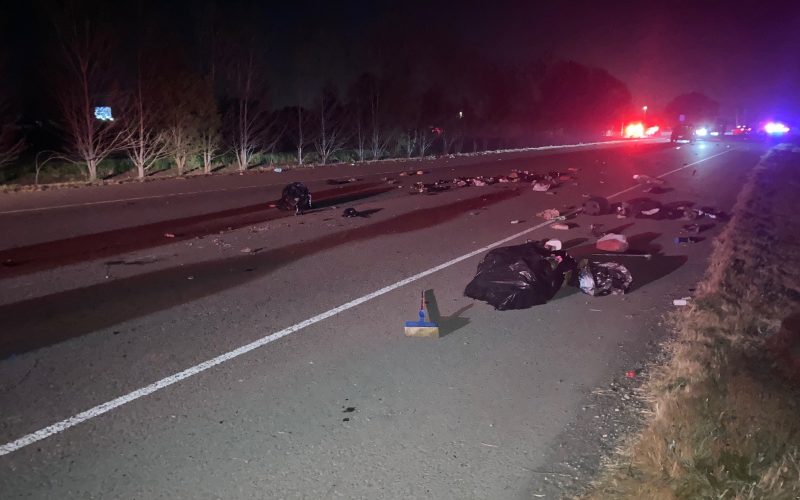 “On the above date and time, Petaluma PD officers responded to a report of an injury collision on Stony Point Road near Rainsville Road.

Officers located one vehicle that had come to rest in Lichau Creek.  The other vehicle had rolled over several times and came to rest on the shoulder of Stony Point Road.

There was only one occupant in each vehicle.   Officers immediately began giving medical aid to both drivers.  Petaluma Fire Department personnel arrived and pronounced the driver of a white Ford F150 truck deceased. 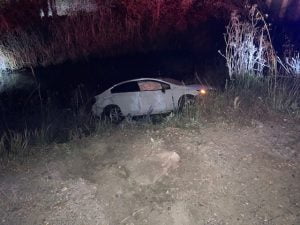 scene of the crash

After striking the Ford the Honda continued southbound on the east shoulder of the roadway and went over a concrete K-rail barrier and into the creek.

Suspect Matsler-David was transported to Memorial Hospital.  While giving medical aid to Matsler-David, an officer noticed an odor of alcoholic beverage coming from him.

Officers conducted a DUI investigation and determined there was probable cause to arrest Matsler-David for DUI.  After being treated at the hospital he was booked at Sonoma County Main Adult Detention Facility for Felony DUI causing injury and for Vehicular Manslaughter while Intoxicated.

The identity of the victim, a 52-year-old, male is being held pending a notification to family members.” 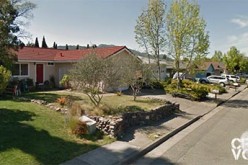 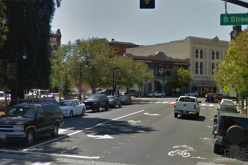