AMO agents detected a vessel at sea at 11 PM on Saturday 01/09/2021 – suspected of maritime smuggling.  AMO tracked the vessel until it neared Huntington Beach at approximately 4 AM on Monday Jan. 11 – where  USCG assets, USBP agents and OFO officers reported tracking.

Three and-a-half hours later, it was interdicted by a USCG cutter near Huntington Beach. The vessel was taken for inspection to a USCG station in Long Beach.

The USB Canine Team discovered 333 pounds of what was presumed to be methamphetamine in various locations throughout the vessel. A field test kit confirmed that the substance was indeed methamphetamine.

As a result, Federal prosecution of the case will be conducted by the U.S. Attorney’s Office in the Central District of California. 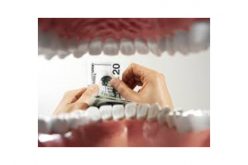