Originally published 7-15-20 via Facebook
by the San Francisco Police Department:

“On Thursday, April 23, 2020, at approximately 2:00 PM, officers were dispatched to a report of a robbery that just occurred at 9th Ave. and Clement St. Officers met with the victim who was robbed at gunpoint by male suspects. One of the suspects dragged the victim into an awaiting vehicle as the victim held onto the backpack that was being robbed. The victim broke free and the suspects fled the scene in a black Dodge Challenger with the stolen backpack. The backpack contained miscellaneous property which included a wallet containing US Currency and credit cards. It was discovered that several of the victim’s credit cards were used at a gas station located on the 2400 block of San Bruno Ave. shortly after the robbery. Video surveillance retrieved from the scene showed images of the suspects, whom the investigator was able to identify as Rayquan Murray, Levon McGinnis, and Lafayette Davenport, and discovered that they had outstanding arrest warrants for a series of armed robberies dating back to February 23, 2020.

On Monday, April 27, 2020, at approximately 2:00 PM the investigator was conducting a follow-up investigation at the gas station where the suspects fraudulently used the victim’s stolen credit cards on the 2400 block of San Bruno Ave. when he observed Davenport with another male who was also wanted for a string of violent robberies. Both suspects got into a black Mercedes-Benz sedan. The investigator requested units to conduct a traffic stop on the sedan. The sedan fled from the officers and a vehicle pursuit ensued. The sedan led the pursuit into Oakland where the chase ended at 7th St and Magnolia St. The suspects jumped out of the vehicle and fled on foot. Oakland Police (OPD) officers arrived on the scene to assist in searching for the occupants. OPD located Christopher Stenschke, 26-year-old San Francisco resident, and SFPD officers arrested him for his outstanding warrant for robbery. Officers were not able to locate Davenport in Oakland.

During the course of the pursuit, an officer responding to the investigator’s request to stop the wanted suspects observed a vehicle collision that was unrelated to the pursuit. The officer witnessed a hit and run collision at Goettingen Street and Woolsey Street and observed the driver exit the vehicle and flee from the collision scene on foot while the other occupants tried to flee. Additional officers immediately arrived and detained the occupants while the initial officer pursued the fleeing driver, but was lost in the area. An ambulance was summoned to the scene of the collision for the two occupants. Officers discovered that one of the detained occupants of the hit and run vehicle was one of the robbery suspects, Rayquan Murray, a 20-year-old San Francisco resident. The investigators were able to identify the driver that fled the scene as Levon McGinnis.

On Friday, May 8, 2020, at approximately 12:32 PM officers were on routine patrol when they observed Lafayette Davenport driving a vehicle on the 1700 block of Sunnydale Ave. The officers recognized Davenport from a recent Crime Alert for the series of robberies he committed. Officers attempted to conduct a traffic stop, but Davenport eluded the officers in his vehicle and jumped out of the vehicle and fled on foot. The officers pursued Davenport and were able to take him into custody on the 100 block of Santos St.

On July 8, 2020, at approximately 7:18 PM a male was transported to the hospital for non-life-threatening injuries as a victim of a shooting that occurred on the 100 block of Kiska Rd. Officers made contact with the victim and identified him as Levon McGinnis. The officers discovered that McGinnis had an outstanding arrest warrant and placed him into custody.

The investigation for these robberies began on February 23, 2020, when the first robbery was reported. These suspects are in custody for nine documented robberies in San Francisco and are being charged for multiple felony counts of robbery and conspiracy among other felony and misdemeanor charges. This investigation is an example of our officers and investigators who work collaboratively and are tireless in solving violent crimes in our City.” 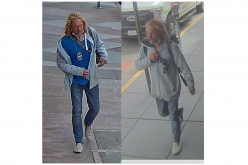