A man on probation and another man on parole have been arrested after witnesses reported hearing gunfire in Ukiah this past Sunday.

Deputies responded to Laws Avenue just after 2 AM, where witnesses had reported hearing at least five gunshots and seeing two individuals leave the area on foot.

About half a mile away on the 1300 block of South Dora Avenue, deputies caught up with Phillip Lopez (30) and Julian Armas (24) — the former of whom is on state parole and the latter on probation out of Mendocino County.

Both men were arrested, Lopez for parole violation and Armas for probation violation, and booked at the Mendocino County Jail. 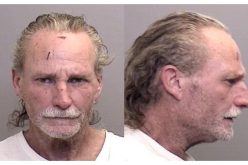