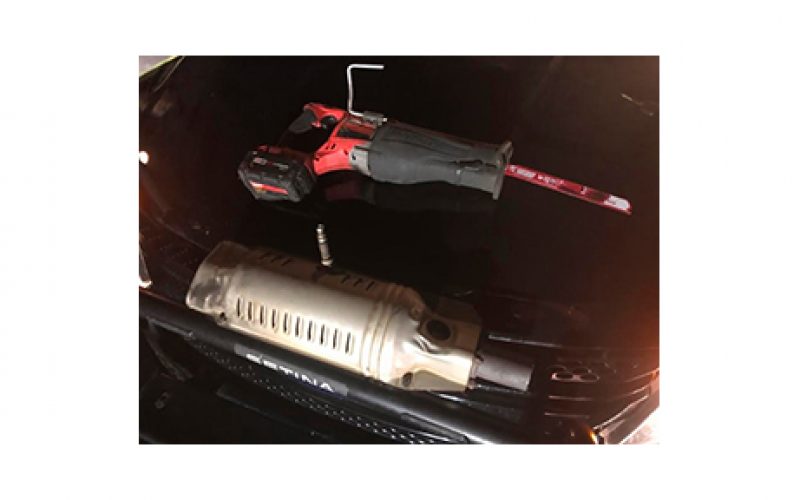 SAN RAFAEL — Two man caught driving around without license plates were arrested for the theft of a catalytic converter. Such thefts have become pervasive recently in the San Francisco Bay area.

One recent victim returned to his car two hours after parking it. It made a horrific noise when he started it. Upon further investigation, he discovered part of his exhaust system was missing—cutoff and removed.

The driver who reported the theft in San Rafael was parked near Kerner Boulevard and Shoreline Parkway. His catalytic converter was stolen August 24, sometime between 8 p.m. and 10 p.m.

At 10:20 p.m., an officer observed a suspicious vehicle with no license plates, traveling along Canal Street.

A traffic stop was conducted. Inside the vehicle the officer initially spotted one catalytic converter in plain sight. Not only that, some drug paraphernalia was also located inside the vehicle.

Melgoza-Rojo who is a mechanic is being held at Marin County Jail in lieu of $50,000 bond. His charges include tampering with a vehicle, conspiracy to commit crime and possession of stolen property. He faces additional open charges including possession of drug paraphernalia.

His companion Mejia faces similar charges, in addition to one charge for possession of a controlled substance. He is no longer in custody. Coincidentally, Mejia was also arrested in May and July for drugs and tampering with vehicles in Alameda County.