CERES // The Stanislaus County Sheriff’s Department has opened a homicide investigation after a man was found dead in his home on March 19th.

At around 9:15 PM, Emergency Medical Personnel arrived at a residence on the 4200 block of Blaker Road in response to a medical aid call. There they found the deceased body of an unidentified man and immediately contacted the Sheriff’s Office.

Responding detectives worked through the night to process the crime scene and interview witnesses, during which they developed enough probably cause to classify the death as a homicide.

Exact cause of death and the identify of the victim are currently unavailable, pending an autopsy and notification of next of kin, respectively. 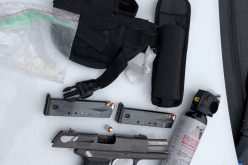