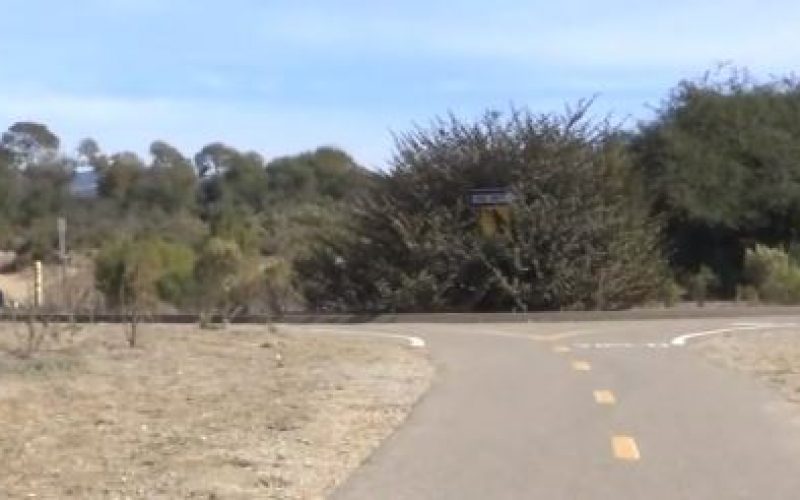 Culley was killed by Santos near here

SANTA BARBARA COUNTY — The overarching mission of law enforcement—while enforcing statutes—is to provide for the safety of the public at large, which occasionally means that violence must be met with violence.

Such was the apparent case on the morning of November 19th, when, according to Santa Barbara County Sheriff’s Department Public Information Officer Kelly Hoover, officers from the City of Lompoc Police Department were called to a rural location “in the Santa Ynez riverbed” within the city limits pursuant to a report of a shooting at that location.

Upon arrival, officers discovered 28-year-old Lompoc resident Timothy Ross Culley dead from gunshot wounds. Witnesses at the scene gave them “a physical and clothing description” of the suspected shooter.

With that description broadcast, “a Lompoc Fire Department employee” reported visual contact with the described individual. LPD patrol units quickly responded to the reported location and “contacted the suspect who refused to comply with their orders.”

Such was the sincerity of that refusal that the suspect—34-year-old Lompoc resident Geronimo Vicente Santos—turned to face the uniformed cops and then “raised his hand and discharged a firearm directly at them,” not a move reasonably expected to prolong one’s life under any circumstances. Return fire from the officers struck Santos “multiple times,” rendering him incapable of further resistance.

Once the scene was determined to be safe and Santos’ weapon was recovered and disarmed, officers “began life saving measures” until Santos could be transported to Santa Barbara Cottage Hospital, where he died from his injuries.

The SBSD Criminal Investigations Bureau currently seeks additional information from anyone who may have witnessed this incident; such individuals are encouraged to contact that department at 805-934-6170.