TURLOCK // On October 29th just before midnight, Turlock PD arrived on the 300 block of Angelus Street after reports of shots fired.

At the scene, officers found a middle-aged man in an alley. He appeared to have sustained a single gunshot wound.

He was transported to a nearby hospital but, unfortunately, passed away due to his injury. Officers are currently working to determine the man’s identity and reach out to his family. 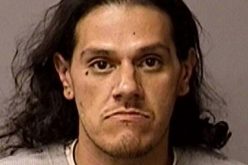