He is suspected of setting fire to numerous plots of forest land in the area of Cohasset Road in North Chico which, according to CAL FIRE Chief Read, has had an averse effect on “property owners, tax payers, firefighters and the environment.”

Thomasson-Behring was arrested in the early morning hours of August 2nd and is now housed at the Butte County Jail, where his bail rests at $600,000.

The Butte County Sheriff’s Office cites 8 total counts of arson to forest land as having been included in his warrant. 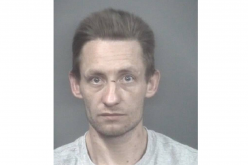