Sarbjeet Takhar and her manager, Narindelpal Singh, both 43, currently face charges of attempting to defraud an employee who lost several fingers in a workplace accident. They are said to have delayed him from receiving worker’s compensation benefits for several months.

Following the injury, Takhar and Singh signed their company up to receive worker’s compensation benefits for its employees, but are alleged to have falsified their application and claimed that no workplace injuries had occurred within the past three years.

An investigation into the incident began after the injured employee submitted to obtain benefits from the Uninsured Employers Benefit Trust Fund (UEBTF)*. Unfortunately, the employer was uninsured at the time of the injury, thus denying the employee benefits.

Both Takhar and Singh also denied that the employee had ever worked for them, thus delaying his compensation benefits.

Singh was arraigned on March 14th. 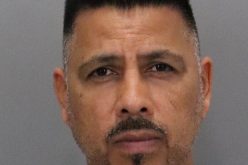