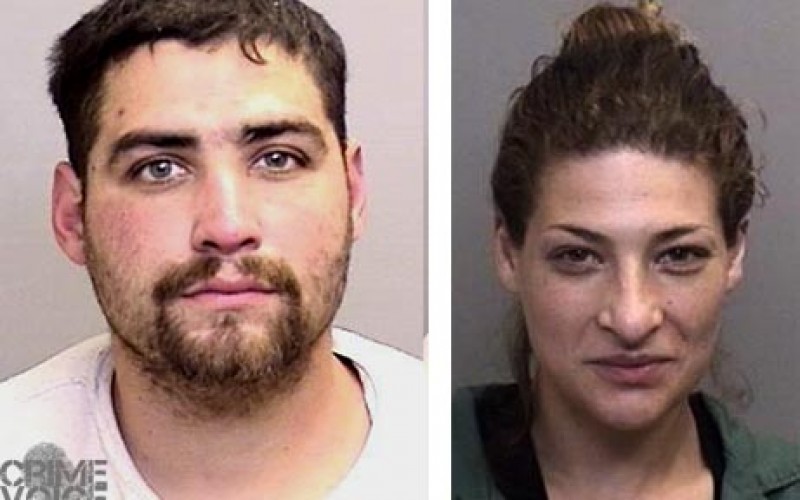 Most people do whatever they can to avoid being pulled over, mostly for convenience sake, and you certainly don’t want a traffic ticket to pay and risk causing your auto insurance to rise. But if you’re carting around something illegal, the motivation should be even higher, but the cops catch a surprising number of people just because they have cause to pull them over, and find out a lot once the enforcement stop begins.

A prime example happened on Fort Bragg last Tuesday. According to the Sheriff’s Department, Gerald Goethe Blackburn, a 37-year-old transient from Fort Bragg was driving down Main Street, near the Safeway Market and Noyo Bay just after 7:30 in the evening. A patrol deputy noticed the car had expired registration tags, and pulled it over. A woman, 30-year-old Molly Rose Katzeff was riding with him.

A check of the couple’s ID’s revealed that Blackburn was on felony probation with a search clause, allowing warrantless searches of his property and person any time. Katzeff was subject to a misdemeanor arrest warrant out of Sonoma County, from an arrest last December by Petaluma Police for possession of narcotics. She had apparently failed to show for her court date there.

Gerald Blackburn, though reportedly a current resident of the streets of Fort Bragg, has lived between at least two locations in the past eight years, according to available arrest records. In May of 2007, while residing in a home in Los Angeles County’s West Covina, he was arrested for grand theft of property, resisting arrest, and violating his probation. Two years later he was living at a home just off Highway 1 in Gualala, a small town on the southern Mendocino County coast. He was arrested for possession and being under the influence of narcotics, possession of paraphernalia, and violating probation. 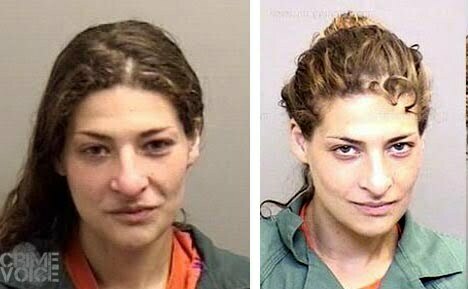 Molly Katzeff has her own extensive record over the past three years for drug related offenses, her most recent being the Petaluma arrest mentioned above. In that case, according to the Petaluma360 website, she was with a man named William Colley of Santa Rosa at the Target shopping center parking lot. They were in a van at 11 pm just before Christmas, when police, with the help of a K-9 called Jimmy, detected drugs in the van, and both heroin and methamphetamine were found. Colley also had an outstanding warrant and was arrested and booked, but Katzeff was released on a promise to appear, which she apparently failed to do.

Prior to that, she had been arrested on possession or being under the influence of controlled substances at least six times since February of 2012. The Anderson Valley Advertiser carried an extensive story in May of 2014, written by Bruce McEwen, detailing the struggles Molly Katzeff has had staying sober, and her parents’, who own a business called Thanksgiving Coffee in Mendocino, efforts to support her getting over her reliance on methamphetamine. (See link below.)

So perhaps it was no surprise that Molly Katzeff would be associating with a known drug user. When the deputies searched Blackburn he was found to be carrying two knives in his pockets, and had in his vehicle hypodermic syringes, a meth pipe, and quantities of both meth and black-tar heroin. But while the search was going on, Blackburn thought the better of another trip to the county jail, and began to simply walk away from the scene. The deputy noticed, brought him back and cuffed him. He was arrested and booked for possession of methamphetamine and heroin, paraphernalia, resisting arrest, and violating his probation.

For her part, Molly Katzeff was cited and released at the scene with another promise to appear in Sonoma County Court. 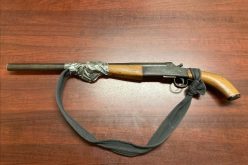