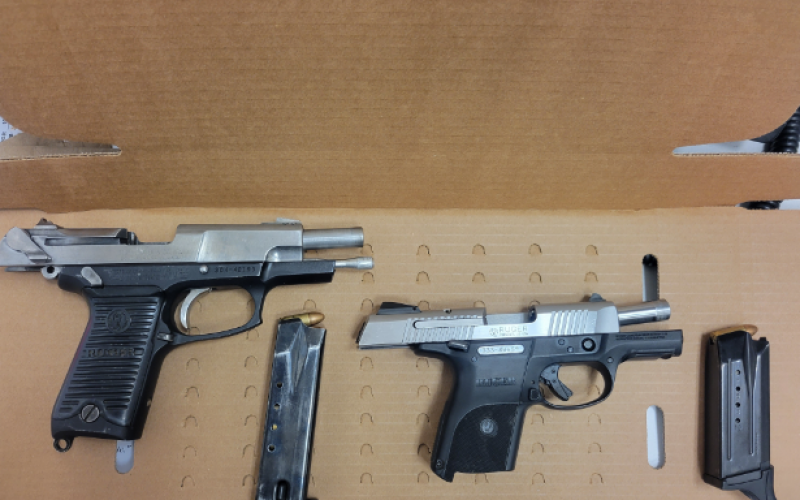 COVELO – On the afternoon of September 3 a call came to the Mendocino County Sheriff’s Office about a dispute between two individuals that possibly involved the brandishing of a weapon in the 300 block of Biggar Lane.

A 38-year old female had been in an argument with her boyfriend, 38-year-old Reginald Azbill.

The vicitm reported that Azbill hit her in her head with his open hand a couple of days before the 3rd and did not report it.

Then on the 3rd, Azbill reportedly confronted the female in the bathroom, pointing a handgun at her and threatening her. He then left the residence

Azbill was on Post Release Community Supervision and thus was not permitted to possess firearms or ammunition.

Then on September 5th another brandishing call came in from Willits. A 48-year-old male from New Jersey was in the area helping his girlfriend, changing her locks.

The male noticed Azbill in the front yard. The supect pulled out his firearm and acted as if he was loading it,

Deputies later contacted Azbill in the 300 block of Biggar Lane and he was “peacefully taken into custody.”

The suspect had two loaded 9mm handguns in his possession, as well asd 3 grams of methg and a meth pipe.

One of the two firearms was reported stolen out of Texas.

Azbill was charged with assault with a firearm, domestic violence battery, burglary, being a prohibited person in possession of a firearm and ammunition, possession of a controlled substance, and threats.

He was booked in the Mendocino County Jail on a No Bail status.