Deputy Oliver, 47, was shot and killed while in the line of duty on Friday, Oct. 24.  He is survived by his wife, Susan and their two daughters.  The son of a firefighter, Deputy Oliver continued his family’s commitment to serving the community when he chose to become a police officer.

Sacramento area communities have shown tremendous support for the Oliver family, as well as the family of Placer County Sheriff Detective Michael Davis Jr., who also died in the line of duty on Oct. 24.  Businesses have held donation drives, and thousands of residents participated last weekend in the “Lights On” event, illuminating a blue light on their porch in recognition of the fallen officers.  Susan Oliver expressed her thanks for the outpouring of support she’s seen in the weeks since her husband’s death, but she knows there’s more she must do to continue her husband’s legacy.

“This country is in the middle of a crisis right now,” said Susan Oliver. “So many people have lost respect for law enforcement, and good cops are dying because of it. I want to help remind people that cops aren’t the enemy.  Danny was one of the good guys.  He was out there each day risking his life so that the rest of us could feel safe.”

Also injured in the tragic incident on Oct. 24 were Placer County deputy, Jeffrey Davis, who was treated and released from the hospital, and carjacking victim, Anthony Holmes, who remains hospitalized.

While Susan has received many interview requests to discuss the various issues surrounding her husband’s tragic death, right now she remains focused on what’s important– celebrating the life of a man who gave his own life in true service to his community.  But she wants the public to know that after she buries her husband of 25 years, she will begin what she now considers to be her next “job” – building his legacy. She wants to help change the public’s perception of law enforcement, and will begin working to help change the laws and policy failures that she believes contributed to her husband’s senseless death.

“This is a very difficult time for our family and I want to take time to properly grieve for my husband and the father of my children,” said Susan Oliver.  “However, I won’t let Danny’s death be in vain. Something good will come from his sacrifice.” 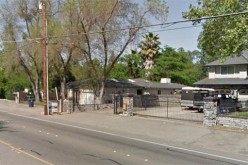