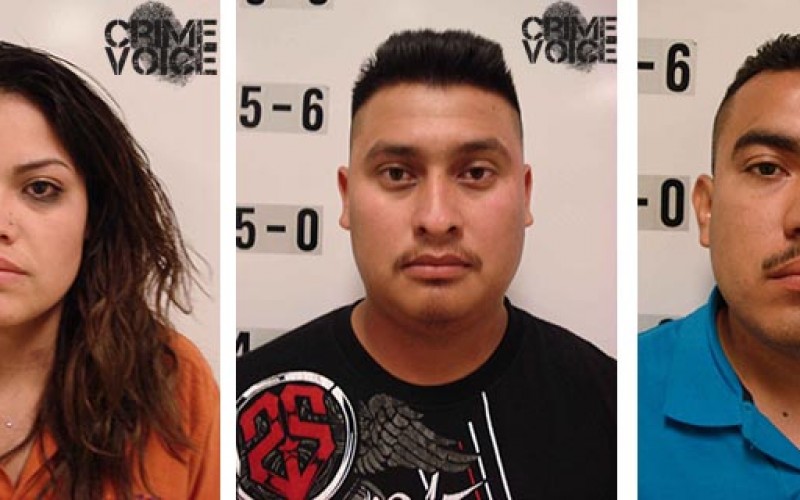 MIDDLETOWN, LAKE COUNTY. Sheriff’s detectives recently discovered a car that had been extensively altered, apparently to facilitate the concealment and transportation of narcotics. A compartment had been created under the center console, which had a electronically controlled door. It was secured by a spring loaded trunk latch. The compartment was large enough that the Toyota sedan’s exhaust system had to be altered and re-routed to make room for the compartment on the underside of the vehicle. Of course no matter how complicated the concealment system is, the whole thing falls apart when your driver gives it all away.

According to Steve Brooks of the Lake County Sheriff’s office, last Friday afternoon, about 4:40 pm, a patrol deputy traveling along Highway 29 near Middletown found himself behind that very same silver Toyota. He probably wouldn’t have noticed anything wrong, except that the car was traveling between 38 and 50 miles per hour along the 55 mph highway road, and the brake lights kept flashing as the car continued. Three miles along, as they approached Grange Road, they were heading up an eleven car parade along the gently curving road, as people kept catching up to the slow moving pair. The deputy pulled the car over as they reached Putah Lane at the Shell Station and Hidden Valley Food Mart. 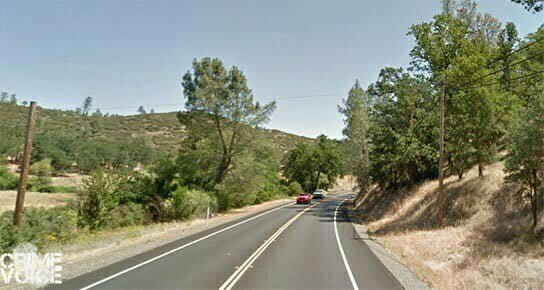 A bit too gentle of a drive through Middletown attracted the attention of the law.

The deputy addressed the 24-year-old young woman driver, Rosa Elvia Carrillo-Salas from Santa Rosa. He first advised her that when driving slower than traffic, she should pull over and allow the other cars to pass. He asked for her license, and she handed him her California Identity Card, explaining that she didn’t have a license. The deputy noticed that she was quite nervous and trembling. She had two passengers, later identified as 24-year-old Artemio Rivera Sandoval in the front seat, and 22-year-old Pedro Infante-Camarena, both also from Santa Rosa, about 40 miles south of Middletown and Lake County. Ms. Carillo told the deputy that neither of them spoke English or had a license.

As another unit arrived to assist the deputy in the stop, the deputy told Carillo that she was being detained because she had been driving without a license. He asked her if anyone could help her out by taking her and her car home, and she said that no one was immediately available. As the deputy began to arrange for the car to be towed, the assisting unit, which happened to be a K-9 officer and dog, gave assistance in an inventory search of the vehicle. The dog got excited by the presence of a familiar scent. They found four one pound bags of crystal methamphetamine in the back seat.

The deputies now alerted the Sheriff’s Narcotics Task Force of their discovery of this huge quantity of meth. Detectives responded to the scene to take possession of the evidence, and the three occupants of the car were arrested for possession of a controlled substance for sale, and transportation of the narcotics. 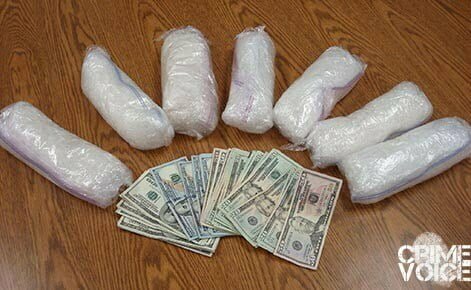 Detectives further suspected a more thorough search of the impounded car was needed, and secured a warrant for the vehicle. The search continued at 9:45 that night, enlisting the help of another dog from the Sheriff’ K-9 unit. The dog made several positive alerts to the exterior, and led them to the center console, where the hidden compartment was located.

Three more one pound bags were found in the secret electronically controlled compartment. The total volume of meth seized from the as 7.09 pounds, or 3,219 grams, enough to get an army high. The street value of the drugs is estimated to be $321,900.00 if sold in personal use amounts. This find marks the largest amount of meth seized in the history of Lake County. Sandoval also had cash on him in the amount of $2,494.00, which was seized pending asset forfeiture proceedings, if it is proven to be profits from illegal narcotics sales.

Carrillo-Salas, Sandoval, and Infante-Camarena now face additional charges of conspiracy and use of a false compartment to conceal narcotics. The two men also face immigration holds. 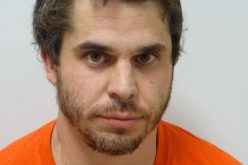 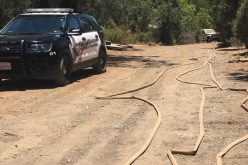 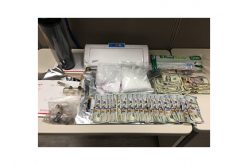 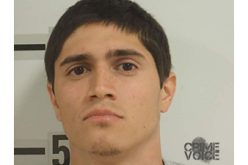 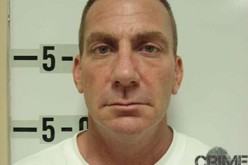