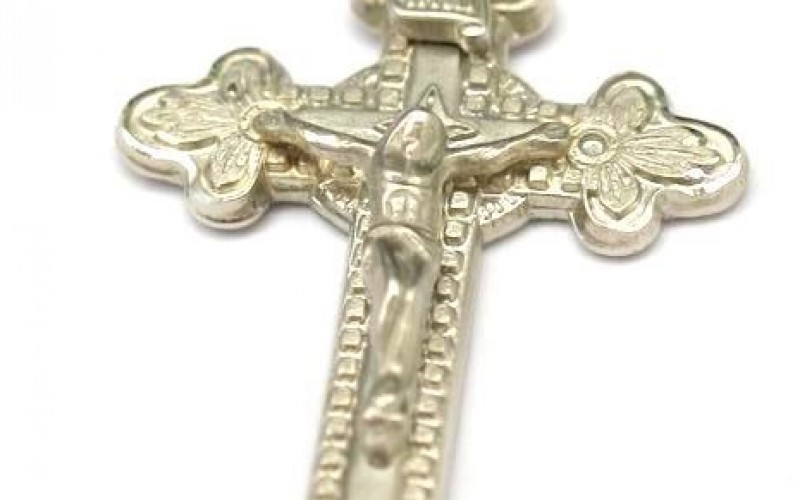 A 25-year-old Modesto man was arrested for snatching a golf crucifix off a dead man’s body, according to police.

David Spurlin was a medical transport driver who brought in the body of 51-year-old Melvin Luiz to a funeral home last month.

Luiz died from natural causes on Nov. 18. Authorities found the necklace later that day at a Turlock pawn shop, sold for $380. A photo copy of the seller’s drivers license helped police identify him.

Spurlin had been fired from his job, and had since gone missing. He was located Friday, the 13th of December, at a home in Los Banos.