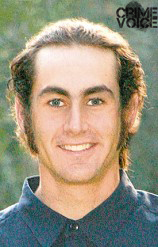 A Placer County judge has denied a motion to dismiss the charges pending against Caleb John Madsen of Granite Bay, who is accused of first-degree murder in the 2005 death of his friend, Christopher Worth.

Superior Court Judge Mark S. Curry ruled today that there is substantial  evidence to proceed with a third trial against Madsen on July 27. He also imposed a gag order that will prevent attorneys and related parties from publicly discussing evidence and other aspects of the case.

Madsen’s attorney moved for a dismissal, saying the evidence against Madsen does not reach beyond reasonable doubt and that she anticipates that no new evidence would be introduced in a third trial.

Senior Deputy District Attorney Bill Marchi countered that the evidence against Madsen remains strong and that the recent 10-2 vote by a jury is proof of it.