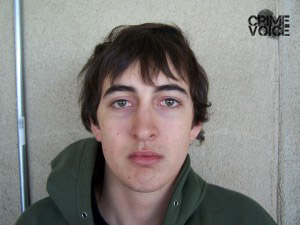 Two Rocklin men have been arrested in connection with ramming a stolen vehicle into a Rocklin Police vehicle, injuring one officer.

An unidentified 18-year-old was arrested March 23 in Santa Cruz County, by Rocklin detectives, after it was determined that he was the passenger in a stolen  vehicle that hit a police car head-on March 10 while the officer was responding to a residential burglary.

Officials declined to release the name of the suspect, stating that at the time of the incident he was a juvenile.

The teen suspect, who initially had fled the scene, was booked into Placer County Juvenile Hall on 25 felony and misdemeanor charges for multiple residential and auto burglaries, theft, vandalism as well as the stolen vehicle that injured the officer, according to Rocklin police officials.

On March 24, detectives arrested 19-year-old Joshua Andrew Esposito, also of Rocklin, for being an accessory after the fact for his reported role in hiding the escaped teen.

The original event began in the early morning hours of March 10, when two suspects were spotted fleeing the scene of a suspected auto burglary in the 5900 block of Tanus Circle. The stolen vehicle, reportedly driven by Damien Joseph Galpren, 19, of Santa Cruz, slammed head-on into a responding police unit.

Both vehicles were totaled and the suspects fled on foot, according to Detective Corporal Rich Cabana, with the Rocklin Police Department.

“We used our K-9 unit as well as officers and deputies from neighboring agencies to search for the suspects,” he said.

After more than an hour of searching, Galpren was located hiding on the roof of a recreational vehicle parked in the backyard of a nearby residence. Galpren was arrested and charged with assault on a peace officer, burglary, vehicle theft, driving under the influence of alcohol and/or drugs, felony hit and run and possession of stolen property.  He is currently being held on $100,000 bail in the Placer County Jail, according to jail records.

Esposito has been released from Placer County Jail on a promise to appear.

The unnamed injured Rocklin Police Officer was treated for “minor-to-moderate” injuries and was released from the hospital following the initial incident.