UKIAH – On Thursday, July 18 Mendocino County Sheriff’s deputies responded to a report regarding assault with a deadly weapon through means of a vehicle and brandishing a rifle. When police arrived on the 3800 block on the East Side of Calpella Rd., they received another report that two male minors and a female minor were riding ATVs on their personal grounds when their neighbor arrived home.

Neighbor and suspect 65-year-old David Joseph Carr of Ukiah was allegedly driving on the dirt road which allowed entry to both properties, when he abruptly began accelerating and spinning the back tires while speeding forward.  The juveniles were in the vicinity of the road, recoiling to the repository to store their ATVs when Carr diverged toward them, forcing the juveniles to swerve out of the way and hop over their fence.  The minors exclaimed that Carr’s vehicle came within 6 feet of them when he accelerated by.  The minors were afraid Carr would strike them.

Carr yielded to a stop in front of his home and went inside.  The three minors went into their residence and observed their neighbor through their kitchen and dining room windows.  The trio alleged that they saw Carr exit the front door carrying a rifle.  They reportedly witnessed Carr positioning the fire arm towards their home.  The minors allegedly ducked down, hid and called 9-1-1.  The trio claimed that this was not Carr’s first time brandishing a weapon subsequent to riding ATVs at their own residence. 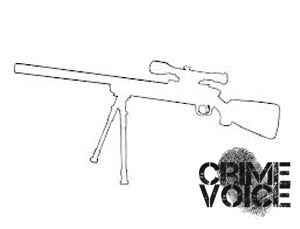 Deputies approached Carr and his wife, who were in the front yard peeking through grapevines.  The couple was unarmed.  Carr stated that he sped down the road when he returned home according to the wishes of his wife, who called him and said that the trio was “terrorizing” her by riding their ATVs.  Carr claimed he was not trying to assault the minors when he drove back to his residence.  Carr advised he owned a rifle, however, he said he never removed it from its safe in the room adjacent to the front door.  Carr did state that he brandished the rifle the week before to interrogate a cacophonous sound which ended up being the minors attempting to get their ATV unstuck.

Carr was arrested for assault with a deadly weapon and brandishing a firearm.  He was booked in the Mendocino County Jail, where he is being held on $30,000 bail.