0 0 0 0
by Mark MacNamara , May 3, 2013
SAN FRANCISCO – San Francisco State University (SFSU) has long been a feisty, edgy, blue-collar campus.  But it remains a great local university, with a solid library and several world-class departments. In the California higher education system it has been a sure value despite never-ending calls to raise tuition to cover what administrators always claim is the increasing costs of administration.  Now it turns out that two white-collar types, a university administrator and a private vendor may need a higher, and more austere, education of their own. In mid April, a former director at the university, along with the owner of an environment waste disposal firm, Chemical & HazMat Corporation, were arrested and charged with a total of 246 felony counts stemming from a bribery scheme that began in 2002 and lasted for seven years. 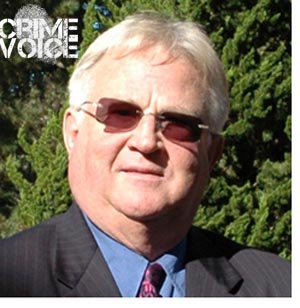 Robert Shearer formerly the head of Environmental Heath and Occupational Safety at the university and Stephen Cheung, owner of a waste disposal business that often contracted with the university, allegedly had an arrangement whereby Shearer gave Cheung contracts worth millions of dollars in state money to remove hazardous waste at the university in return for money and favors. Favors included a Volvo and cash payments of more than $180,000.
According to court documents, cited by the DA’s office, Shearer not only took bribes but also perjured himself by not reporting money he got from Cheung on his annual Statement of Economic Interests, which is filed with the university.  Shearer, alone, is charged with 59 felony counts of commercial bribery; 59 felony counts of accepting a bribe; five felony counts of making a contract in an official capacity by a financially interested person; and five felony counts of perjury. Cheung is charged with 59 felony counts of making a commercial bribe along with an equal number of counts of bribing an executive officer.
And so another white-collar crime goes on the books, but there’s a detail in the mural that draws your eye. Shearer was arrested on April 18, 2013 at his residence in Fremont. He gave up without a struggle and that was that.  But not Mr. Cheung. He was arrested five days later but only after a short car that began at 46th and Taraval, in the city’s Outer Sunset district — or the outlands as the hipsters now call it. This particular intersection is best known as the home of the Bashfull Bull Too, a popular local diner.Shortly after being spotted, Cheung crashed his car on 44th and Ulloa, just a few minutes from SFSU. He then took off on foot but he was no match for SFPD’s finest and the next thing he knew he was in an executive suite on the fifth floor at “The Hall.”  According to Alex Bastian, SFDA spokesperson Mr. Cheung was charged with one felony count of evading arrest, two felony counts of hit and run — he swiped two cars— and one misdemeanor count for resisting arrest. 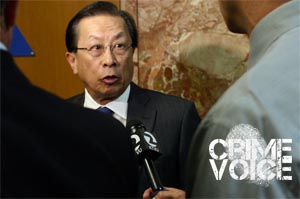 “On May 9th there will be a status update in dept. 9,” said Bastian. That’s at 850 Bryant.  Bail for the bribery case is set at $5 million each. Under California law, both defendants
face more than 100 years in state prison. Which means plenty of time to read the Classics, Adam Smith, and Paul Samuleson’s landmark textbook, Economics: An Introductory Analysis.
Read more: 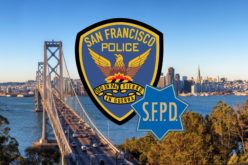 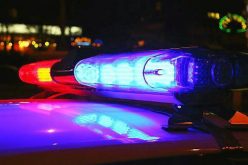 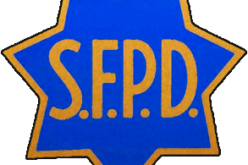