SANTA ANA – Felipe Hernandez, 66, and his wife Maria Esther Hernandez, 59, are being charged with multiple counts of rape, abuse, molestation, and other crimes against three girls under their care over the past several years. 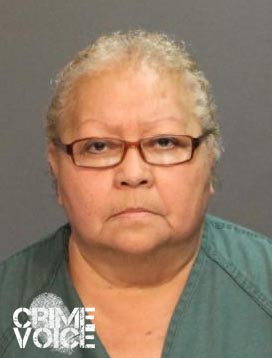 Maria Hernandez was arrested as an accessory to her husbands abuse

Felipe Hernandez was arrested on February 1, and Maria Hernadez was arrested Tuesday as an accessory to her husband’s abuse, according to a Santa Ana Police press release.

Their crimes came to light when one of their family members discovered a camera memory card with video images of Mr. Hernandez touching one of the girls on her buttocks, and reported it to the Santa Ana Police. Further investigation revealed his repeated molestation and rape of one of the girls in 2006, when she was 9-years-old. The abuse of that girl and the other two continued between 2006 and 2012, and included fondling the girls under their clothing, at least one instance of oral copulation, and rape of the girls from ages 9 to 16.

Felipe Hernandez reportedly threatened the girls with taking away privileges, including money, cell phones and laptop computers if they did not comply with his demands. 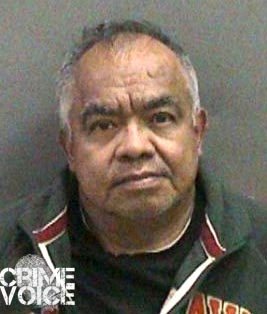 The investigation also revealed the Maria Hernandez was a witness to her husbands rape of at least one of the girls. At that time, she cut the victim’s hair and threatened her into lying about the incident. Mrs. Hernandez also lied about the situation to other family members, and encouraged them to repeat those lies to social workers and law enforcement. These actions resulted in her arrest and felony charges of  accessory after the fact. She faces up to three years in state prison if convicted.

Felipe Hernandez has been charged with aggravated sexual assault, six counts lewd acts on a child, unlawful sexual intercourse, oral copulation of a minor, sexual penetration by a foreign object on a minor, possession and control of child pornography, all felonies. He is also charged with additional related misdemeanor counts, and faces a maximum sentence of 65 years to life in state prison, with mandatory lifetime sex offender registration. He is being held on $1,000,000.00 bail pending pre trial hearing on April 22.

Police report that the investigation is ongoing, and anyone with additional information, or who may have been a victim, are asked to contact Supervising District Attorney Investigator Anthony Sosnowski at 714-347-8794, or Detective Ed Zargoza at 714-245-8386.