On December 11, 2012, 21-year-old Jacob Craig Whitley and 22-year-old Louis Sanchez Emanuel – aka Louis Sanchez Reyna – are both being charged for PC 187, for the Felony murder of John Cody Sonenberg.  Whitley is being charged with PC 12022.53(b)(c) and (d) for use of a firearm in the killing of Sonenberg. Whitley is also being charged under PC 667(b) – (i) for a previous offense in which he was charged and convicted of First Degree Burglaries that were being described as a series violent felonies as defined under PC 667.5(c)/1192.7(c). 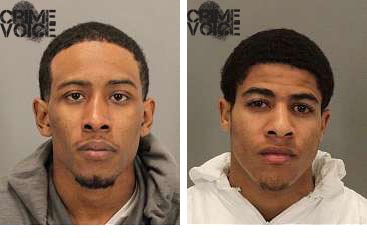 San Jose Police Detectives investigating the murder of John Cody Sonenberg believe there was probable cause to arrest Jacob Craig Whitley and Louis Sanchez Reyna.  A press release by the San Jose Police Department details how after a report of an injury traffic collision “officers located a male, 18 year old John Cody Sonenberg, laying in the street unconscious near the truck.  San Jose Fire Department personnel and paramedics responded to the scene to treat the victim for what was originally thought to be injuries resulting from a traffic collision.  The victim was pronounced dead at the scene.”  Sonenberg, who was believed to be suffering from a car accident, was actually suffering from gunshot wounds that may have been the result of a drug related robbery.  The case has been assigned to the Independent Defenders Office due to scheduling conflicts with the Public Defenders and Alternate Defenders office. Press Information Officer Sgt. Jason Dwyer with the San Jose Police Dept. said, “The official stance towards increased staffing on the streets is likely to have a positive impact likely to help reduce violent crime.”

In another recent incident, on December 31 the San Jose Police department arrested 27-year-old Luis Ricardo Hernandez under PC 187, a Felony for the murder of Christopher Soriano.  During a bail hearing on January 15th, his bail was reduced from one-million to two-hundred thousand dollars. Hernandez is currently in the Santa Clara County Jail awaiting trial on the two offenses PC 187 that alleges the murder of Christopher Soriano with special allegation PC12022.5 (a) of owning an illegal firearm that was not registered under California’s gun laws.

Soriano was shot during the commission of a crime.  The Defendant Hernandez works as a maintenance worker at the Summer Breeze apartments off of Monterey Road and Lewis Road, and Orvieto Apartments on Montecito Way in San Jose.  The Summer Breeze complex has a history of run-ins with trespassing individuals.  The supervisor of the apartments observed a vehicle and suspect matching the description of one who had been suspected of burglarizing Orvieto Apartments. A report had been made that same day with the San Jose Police Department.

The supervisor believed he saw the same individual in the area was trespassing, and who had possibly committed a series of auto burglaries at the Summer Breeze Apartment complex property two days earlier. The supervisor, who was working with Hernandez, asked him to help catch the man he had suspected of committing the burglary.  However during the scuffle to detain him, Soriano was shot in the buttocks. The bullet hit an artery that bled out, resulting in his death. 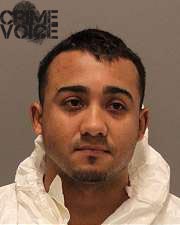 Hernandez’s bail was reduced from one million to 200,000 due to the courts consideration into the controversy of Hernandez acting as a “vigilante” in order to detain a possible serial burglary suspect. He will make his next court appearance on Feb 15, at 2:00 pm.

A petition for Luis Ricardo Hernandez has been circulating while he is being charged with second degree murder.  The petition describes an individual whose only intention was to protect the community from an individual who was believed to be burglarizing people at the Orvieto Family and Summer Breeze Apartments.  The petition states that Hernandez was acting in an attempt to “protect his safety and the safety of others from a career criminal offender.”

Over 500 individuals have signed the on-line petition for the release of Luis Hernandez based on the circumstances of the shooting.  However, the family of the victim does not believe that leniency should be given to Hernandez.

The family was deeply distraught at the time of the arraignment for the murder of their son, father and brother.  Words and tears escalated as both families ran into each other outside the San Jose Hall of Justice, drawing Sheriff’s Deputies to help dissipate the dispute. The family supporting the release of Hernandez wore white T-shirts that read, “Free Luis Hernandez”.  Despite support for Hernandez the family of the victim wore black T-shirts that read “RIP” following the date in which Soriano had been shot and killed in the parking lot where Hernandez worked. 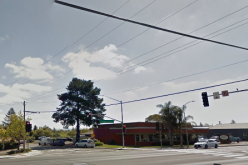