Santa Barbara – The streets of Santa Barbara—one of the most popular tourist destinations in California-are full of people with cameras, the majority of whom are intent upon filling their photo files and memory books with images of “the red-tile city” or the pristine beaches just steps away from downtown.

Sijifredo Sotelo, however, has a history of being interested in other aspects of local beauty, and has a bad habit of acting upon that interest.  Apparently nothing catches Sotelo’s eye like properly-fitted female apparel moving down the city sidewalks, and he has the track record to prove it, including a 2009 arrest for “taking up-skirt photographs of women”, as described by Santa Barbara Police Department Public Information Officer Sgt. Riley Harwood in his current report to the media.

With a current investigation into Sotelo’s recent activities prompted by a September 4, 2012 citizen-report of a man observed “surreptitiously taking photographs of a female pedestrian’s undergarments or intimate body parts with a small camera concealed in his hand” which included photos taken by the citizen of Sotelo in the privacy-invading act, an arrest warrant was obtained by SBPD Detective Katsapis, along with a search warrant for Sotelo’s residence.

On December 13th, Katsapis served the arrest warrant upon Sotelo and searched his residence, which resulted in the seizure of a number of small cameras and SD memory cards.  According to Harwood, the memory cards were reviewed by detectives who discovered “423 video files of the legs, undergarments, and intimate body parts of female victims taken as they walked in public places.”  Adding to the abject creepiness of their findings, the videos were described by Harwood as “created in succession, depicting the same victims being followed over the distance of several blocks.”

Sotelo was charged with invasion of privacy with a concealed camera, and was booked into Santa Barbara County Jail with bail set at $2500.

Reports that Woody Allen and Roman Polanski have contacted Sotelo are unfounded. 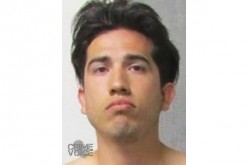 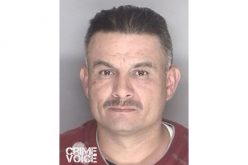 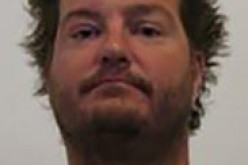