HOLLISTER—Michael Angel Barrientos, 33, of Hollister was arrested after he took a Hollister Police Officer for a jog through the streets of a downtown Hollister neighborhood. 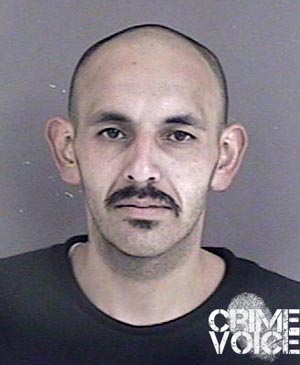 Officer Luis Toribio of the Hollister Police Department was on routine patrol when he noticed a man walking in the opposite direction.  The man tried to hide his face, like if he was up to something, as Officer Toribio drove by. With the knowledge of recent crime activity in the area, Officer Toribio decided to talk with the man.  While approaching Barrientos, he did not respond and began to run away while reaching into his waistband.

Officer Toribio ran alongside Barrientos and asked he why was he running, but Barrientos still did not respond.  This carried on for several blocks until the man was too tired to continue running and stopped to catch his breath. Then Barrientos taunted Officer Toribio by yelling, “You can’t stop me”  and then started to run again.  Officer Toribio witnessed Barrientos remove a fixed blade knife from his waistband and toss it to the ground.

Watching this felony unfold in front of him, Officer Toribio then ordered the man to stop.  At that point, Barrientos was too tired to run anymore, so Officer Toribio placed him under arrest without further incident. 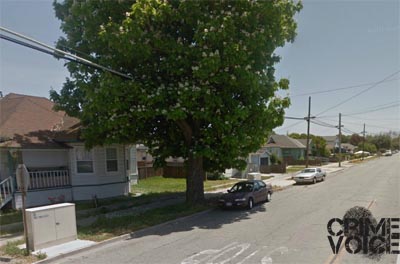 Care for a run? Officer Toribio and Barrientos may have appeared to be jogging partners on Sally Street

“Efforts like this show the dedication that these officers are working on cleaning up the problem neighborhoods in our city” Hollister Police Chief of police David Westrick said.

“This shows that it’s a collaborated effort between the community and the Police Department.” Chief Westrick added.

The Hollister Police Department is asking anyone with information regarding this case to call Officer Toribio at 831-636-4330.  Person wishing to remain anonymous may call WeTip at 800-78-CRIME.  Information provided to WeTip may qualify for a reward.

KION 46: Hollister Suspect Runs from Police, Runs out of Breath 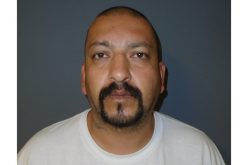