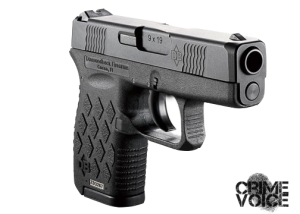 “Scheck took his wife’s car and parked just outside the part entrance” then waited with a 9mm pistol, he said.

A Joshua Tree man was in jail on $1 million bail Wednesday on charges he allegedly shot at his estranged wife’s boyfriend, and the boyfriend’s fiancé, after luring them into Joshua Tree National Park on Monday.

“(Scheck) texted Camerer with his wife’s cell phone, pretending to be her,” said Rick Collins, a San Bernardino County investigator.

The text indicated she was stranded in the park with a flat tire and needed help, Collins said.

“Scheck took his wife’s car and parked just outside the part entrance” then waited with a 9mm pistol, he said.

Camerer showed up at the park with his fiancé, who happens to be the cousin of Scheck’s wife.

Scheck allegedly fired several rounds at the victim’s vehicle – one bullet causing a flat tire. The suspect rammed the vehicle several times, and attempted to chase them before eventually giving up, said Collins.

The victims returned home and called authorities, who conducted an “extensive” search for Scheck, ultimately taking him into custody and recovering the weapon. Scheck was booked into Morongo Basin Jail.

Joshua Tree National Park is located in Twentynine Palms, which is less than an hour’s drive from Palm Springs. 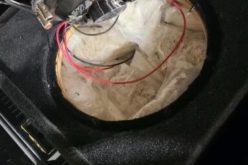