HIGHLAND – A San Bernardino sheriff’s deputy was placed on administrative leave late Friday, two days before a department press release announced the 10-year veteran’s arrest and revealed he may have had sexual relations with a 16-year-old girl.

Highland-area Deputy Nathan Gastineau, 30, of Redlands used the youth Explorers program he co-founded to gain the trust of the teenage victim, according to the girl’s father.

“This was just a way for him to get my daughter into bed,” the unidentified father told KABC-TV cameras in an interview that appeared Sunday night. “He’s sworn to uphold the law and to be honest and have integrity.”

Gastineau, who lives in Redlands, was arrested 9 p.m. Sunday on a charge of lewd acts with a minor and booked into West County Detention Center in Rancho Cucamonga; he was released on $25,000 bail.

The suspect was the team captain for the Inland Empire Ghost Busters, a program that began in October 2010 as the area franchise of Ghostbusters International.

“I have been a fan of the movie since I was a kid, and I wanted to launch the IEGB chapter,” Gastineau said in a previous interview about the group. “All of our current team members met online at the Ghostbusters site and decided to get together to make it happen.”

Ghostbusters was a charity group that included Explorer cadets. They would appear at parades, senior citizen’s homes, Halloween activities and other events to improve relationships with the community.

It was a way, the victim’s father alleged, for Gastineau him to get closer to Explorer volunteers.

San Bernardino County Sheriff Rod Hoops tried to assure Explorer volunteers that the allegation against Gastineau was not normal for leaders.

“If it’s true, we will keep them safe,” he said in the release.

Explorers is a law enforcement training program for students ranging in age from 14 ½ to 21 years.

While the teen’s father told KABC he fears there may be other possible victims, the sheriff’s release said the Crimes Against Children Detail is continuing an investigation.

The victim’s father said during the KABC interview he hopes that Gastineau “burns to the fullest extent of the law. He’s a predator and worse than any other predator because he has a badge.”

In 2008, Gastineau was awarded Highland Police Officer of the Year by the Highland Area Chamber of Commerce. One source says that Gastineau has been a police officer for 10 years. 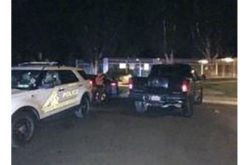 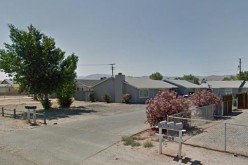