AUBURN — An April 1 break-in at a jewelry store may have showed promise as far as robberies go, but there was little follow-through in what led authorities to arrest a north Auburn resident Wednesday for the brazen larceny. 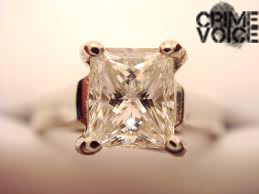 The original crime report said the burglar chiseled and hammered his way through the of back wall bricks of the Back Country Gems, located on Sacramento Street in Auburn’s Old Town. Once inside, the burglar broke into the store’s safe and removed an estimated $30,000 in jewelry, a handgun and an undisclosed amount of cash.

“We think the burglar had earlier visited that store, and was able to see the safe from there,” said  Auburn police Capt. John Ruffcorn. “We’re now telling local merchants to keep their safes out of sight.”

Ruffcorn said detectives developed some evidence, including pawn tickets from a shop just a few doors away from the burgled jewelry store, which led to the April 21 arrest of Anthony G. Pavich.

The arrest and warrant search was made at Pavich’s residence on the 10,000 block of Atwood Road, which is close to the Placer County Jail where he was taken and booked on an outstanding San Mateo County warrant. Pavich is also facing charges for burglary and possession of stolen property related to the April 1 break-in.

Auburn police say several items identified as having been stolen from Back Country Gems were recovered, although neither cash nor break-in tools were found. Police declined to say whether or not the stolen firearm has been discovered.

Ruffcorn said the arrest was made with the aid of the Placer County Sheriff’s Department SWAT team.

“Based upon information on the suspect, we felt he deserved special handling during the arrest,” Ruffcorn said, declining to reveal what that information was.

As for how a suspect could be bright enough to plan such a burglary, then get caught because he allegedly pawned some of the loot just feet away from the crime scene, Ruffcorn had a theory for that.

“I’ve learned that crooks don’t have to pass an intelligence test to do what they do,” he said. 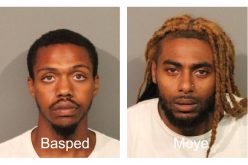 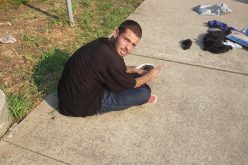 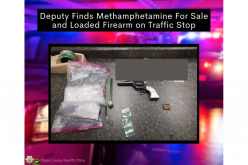 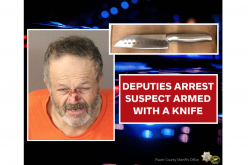 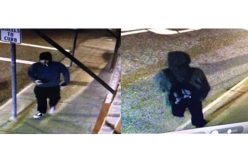