SANTA BARBARA — A warrant search at a suspected heroin dealer’s home proved an enforcement boon as Santa Barbara police were able to arrest several of their target’s customers in the process.

Undercover detectives with the Santa Barbara Police Department served the search warrant Thursday at the home of Francisco Valadez, 37, during which the suspect’s cell phone rang repeatedly. Detectives answered the phone for their suspect, and a female caller indicated her interest in acquiring a small amount of narcotics by saying she wanted a “20.” The detective on the phone told her to just come by and to bring the necessary cash.

Just minutes later, the doorbell rang and the lady caller was arrested for soliciting the sale of controlled substances. Shortly thereafter, a male caller made the same inquiry and left the name of a known local gang member, indicating that he was sitting outside in his car and in the market for wholesale “product.”

Detectives positioned outside the residence and made contact with the prospective wholesale buyer, booking both him and his driver for solicitation to buy and for parole violations.<
Meanwhile, back inside the Valadez house, detectives discovered a 33-year-old woman in a bedroom in possession of hypodermic needles and cooking spoons; she was summarily arrested and booked for possession of drug paraphernalia as well as for parole violation.

Further investigation and inspection of Valadez’ cell phone — used for his narcotics trafficking and a target of the search warrant — revealed a series of text messages involving suspected drug sales as well as the complicity of another 35-year-old male in the residence at the same address. This third man was also booked for soliciting the sale of controlled substances and parole violation.

As police were herding their suspects toward jail, a wooden truncheon wrapped in electrical tape with a ridged handle and nearly three grams of black tar heroin were confiscated.
Valadez himself, the original and sole target of the warrant, was booked for possession of heroin for sale, possession of associated drug paraphernalia, and possession of a dangerous weapon. 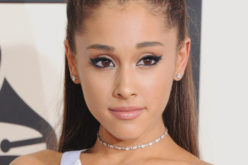