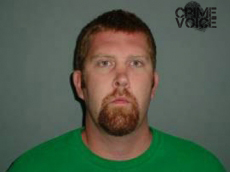 Stephen Leece, 28, of Costa Mesa, turned himself into police Wednesday afternoon following an altercation with his girlfriend and her 9-year old son.

Police responded to a call around 12:20 Wednesday morning in the 100 block of East 16th Street where they say Leece and his girlfriend got into an argument that turned violent.

According to police, Leece’s girlfriend returned home after a night out with friends to find Leece angry that she went out. Leece instigated an argument over the issue that escalated into a physical fight when he flipped over a glass table and grabbed her by the arm.

Police say the victim received bruising on her arms as well as a cut foot which was a result of stepping on broken glass left by the over turned table when she tried to escape the grasp of Leece.

The violent confrontation, which reportedly lasted several minutes, was heard by the victim’s 9-year old son who tried to intervene. However, he too was attacked by Leece and received visible injuries to his arms, said police.

When the girlfriend shouted that she was going to call police, Leece ran off.

Police were able to make contact with Leece Wednesday afternoon and take him into custody without incident. His bail was set at $50,000.00. 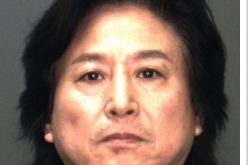