“On 06-19-2021 at approximately 2:33 AM Mendocino County Deputies observed a vehicle driving in the a creek bed near the intersection of Refuse Road and Crawford Road in Covelo, California.

Deputies observed the vehicle stop and turn off its engine and lights off.  Deputies approached the vehicle on foot and contacted the driver and sole occupant who was identified as being Luiz Gonzalez.

Deputies observed an open container of an alcohol beverage in the passenger area of the vehicle.  Deputies conducted a search of the vehicle and found a loaded 12-gauge shotgun under the front seat of the vehicle.

Deputies noticed the shotgun barrel was under 18 inches in length thus making the weapon unlawful to possess.

As Deputies spoke with Gonzalez they observed he was displaying symptoms of illicit drug usage.

Deputies evaluated Gonzales and determined he was under the influence of a controlled substance.  Deputies suspected Gonzales was addicted to illicit drugs which prohibits him for possessing firearms.

Gonzalez was arrested for the listed violations and booked into the Mendocino County Jail where he was to be held in lieu of $35,000.00 bail.” 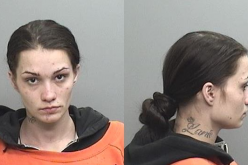 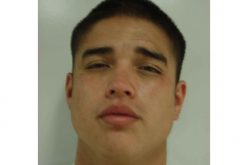