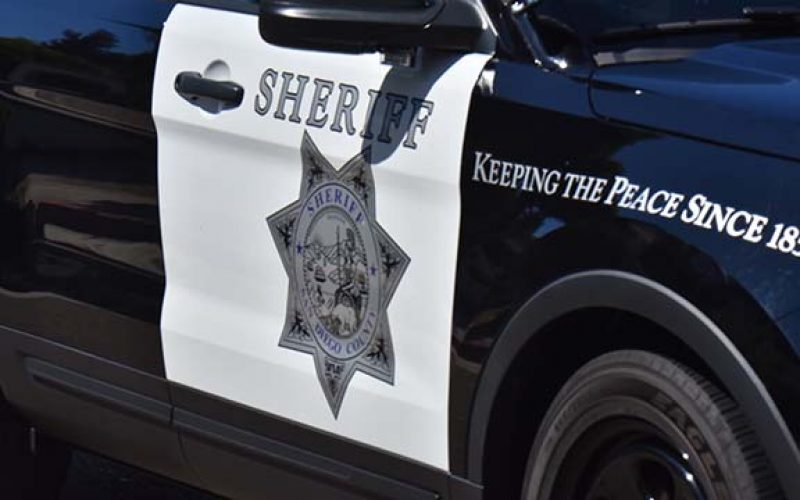 VISTA – Who wouldn’t consider going the extra mile for their brother (or sister?) In this case,
drawing the line regarding “no matter what” flew out of the window.

When San Diego County Sheriff’s Department released the following scenario on the morning of 08/12/2020, the breadth and depth of brothers wreaking havoc was revealed.

For some unknown reason, Matthew Giordano became angry, started following another car,
then displayed a weapon to the driver. What happened next escalated quickly.

“At one point, the pickup truck cut the driver off and came to a stop in front of his car,” said
Lieutenant Nancy Blanco. Detectives say that’s when Matthew Giordano got out of his truck and began punching the driver’s side window of the car.

“Once the driver opened the door, Matthew Giordano took about $2,000 worth of jewelry and
money from him,” said Lt. Blanco. During the confrontation, his brother John used a metal tool to smash the driver’s windshield.

Next, John wielded the metal tool in order to smash a windshield and wreak destruction on a
second car that was not involved in the initial incident. Immediately thereafter, the brothers
climbed into the truck and sped off.

Sheriff’s Detectives gathered information from victims and witnesses, and issued a search
warrant on the 1500 block of Sapphire Lane.

Matthew and John Giordano’s mayhem secured them an arrest on several charges, including
conspiracy and robbery.

“One of the victims suffered minor injuries from the broken windshield glass. Damage to both
cars is estimated between $5,000 and $10,000,” said Lt. Blanco.

The duo was booked into the Vista Detention Facility, where they remain behind bars.