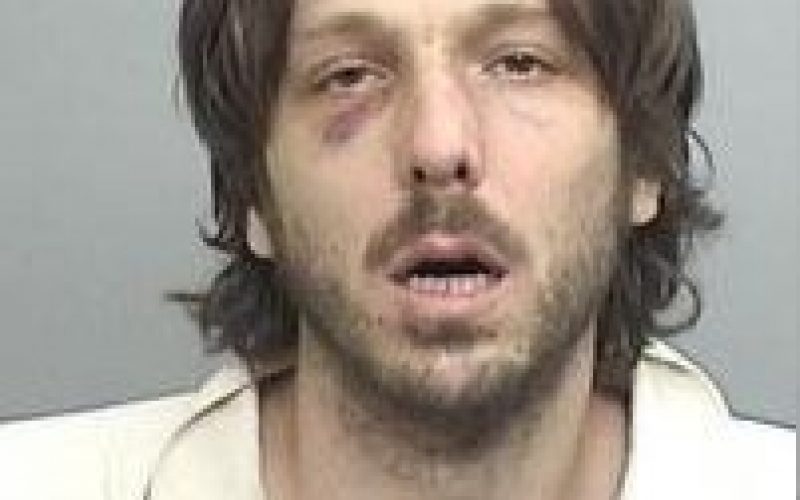 “On 06-24-2020 at about 1:54 PM, Mendocino County Sheriff’s Deputies were dispatched to a reported domestic violence incident in the 5000 block of Laytonville Dos Rios Road in Laytonville, California.

On 06-23-2020 there was a separate domestic violence incident reported at the same address, but Ethan Becker fled the scene while the adult female remained at the residence.

During this incident the adult female had an argument with Becker and it escalated into a physical altercation. During the altercation the adult female sustained minor abrasions and she was held against her will in a bedroom. A report was taken and a BOLO was issued for Becker’s arrest if located for charges of domestic violence battery and false imprisonment (MCSO Case# 2020-15186).

On 06-24-2020 Deputies contacted the adult female in regards to this subsequent domestic violence incident.

Deputies learned Becker and the adult female had been in a romantic dating relationship for the past 10 years.

On 06-24-2020 Becker arrived back at the residence causing the adult female to secure herself in a bedroom. Becker attempted to break down the door and finally gained entry into the room.

Becker grabbed the adult female by the hair and forced her head to the floor where she was placed into a choke hold. This made the adult female fear for her safety and Becker started punching her in the head and face.

The adult female was able to to free herself and ran outside while yelling for help.

Becker grabbed the adult female by the hair and dragged her back towards the house, when two bystanders on the property came to her aid causing Becker to disappear.

As Deputies were leaving the property, they learned Becker was back inside of the house.

Deputies entered into the residence where they observed Becker standing in the kitchen area holding a large knife and trying to cut his wrist.

Becker was extremely upset and was yelling at the Deputies. While doing so, he kept pushing the knife up against his neck and then back to his wrist.

After approximately 25 minutes of verbally negotiating with Becker the Deputies were able to get him to put the knife down and he was taken into custody without further incident.

Becker was medically cleared for minor wounds to his wrist and was thereafter booked into the Mendocino County Jail on two counts of domestic violence battery, two counts of false imprisonment, and criminal threats