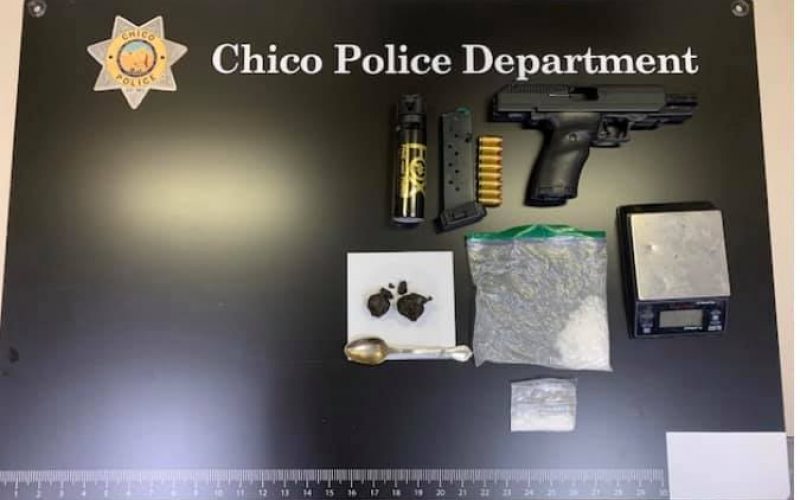 Originally published 3-2-20 via Facebook by the Chico Police Department: 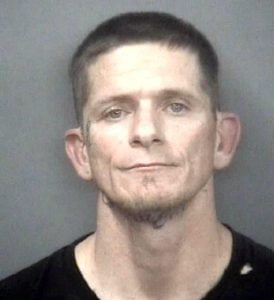 “On 3-1-2020 at approximately 9:35 pm, a Chico Police Officer made a traffic stop on a vehicle near the intersection of E. 1st Avenue and Terrace Drive. The officer made contact with the driver, 43-year-old Chico residence Thomas Devlin, and a passenger. During the traffic stop, it was determined that Devlin’s driving privileges were suspended by the California Department of Motor Vehicles.

During a search of Devlin’s person, incident to arrest, Devlin was found to be in possession of pepper spray. Devlin is a convicted felon and is prohibited from possessing pepper spray. A search of Delvin’s vehicle was conducted and officers located a loaded firearm under the driver’s seat of the vehicle. Also located in the vehicle was 22.2 grams of methamphetamine, 26.55 grams of heroin, a digital scale, and other narcotic paraphernalia.

Devlin was booked into the Butte County Jail on the following charges: