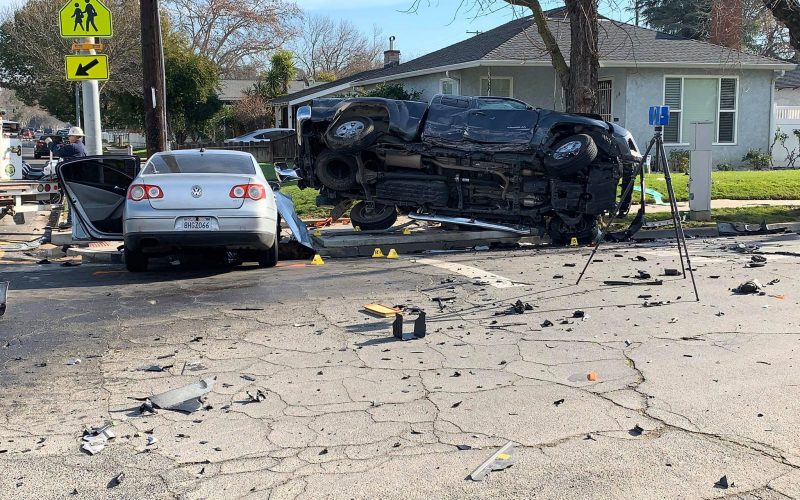 A 21-year-old Jamestown man has been arrested on suspicion of vehicle theft and hit-and-run, among other charges, after allegedly stealing a truck and leading police on a chase as well as causing a collision.

Around 9:30 AM on Tuesday, December 31, a Modesto resident alerted police that their Toyota Tacoma pickup had been stolen from their residence. Stanislaus Sheriff’s deputies initially spotted the pickup driving int he area of South Carpenter Road and California Avenue, but lost visual.

Then, around 10 AM, police spotted the vehicle being driven erratically near the intersection of Paradise Road and Yosemite Avenue. As soon as officers activated their lights, the driver fled at high speed, running the Yosemite / Tuolume intersection and colliding with a Volkswagen Passat being driven by a 24-year-old woman and also occupied by a three-year-old juvenile.

The driver of the stolen pickup, identified as Dustin Degetaire, was arrested about a block away.

The woman in the Volkswagen sustained serious injuries and was hospitalized, but is fortunately in stable condition. The child had been restrained in a safety seat and sustained only minor injuries.

Degetaire was medically cleared at an area hospital and booked on charges of burglary, resisting arrest, vehicle theft, hit-and-run causing injuries, and driving on a suspended license. 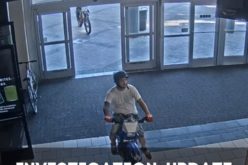