LOS ANGELES – On April 26, 1999 a family of four was shot to death in their Hyde Park apartment. 51-year-old Rudolfo Alvarado, 36-year-old Eva Alvarado, and two of their children, 16-year-old Renzo and 4-year-old Victor, had all been shot in the head with a revolver.

16-year-old Saulo Alvarado , son and brother of the victims,made the initial 911 call after he and his 10-year-old sister returned to the home hours later.  All 4 burners on the gas stove were turned on and a candle on the floor had gone out.  Next to Renzo’s body the revolver lay, and police initially wondered if it was a murder-suicide.

But there was no gunshot residue on Renzo’s hand.

14 years later the little girl, now a young woman, came forward and her testimony resulted in the Saulo’s extradition from Guatemala 2015 to face charges in the shootings. He was deported in 2003 after a rape conviction.

On Monday Saulo, now 35 years old, was convicted of four counts of first degree murder and one count of a forcible lewd act on a child.  He staged the scene to make it look as if Renzo had committed the crime.

His sentencing is scheduled for May 1, when he faces the possibility of life in prison without parole.  He is ineligible for the death penalty because he was 16 when he committed the murders.

Deputy District Attorney Victor Avila said that Saulo “did not feel love and (therefore) killed the source of his pain – the people that (Saulo thought) did not love him.  A 5-year-old lost his life – he didn’t even get to have a life. That’s who the defendant is – he put a bullet in a 5-year-old.” 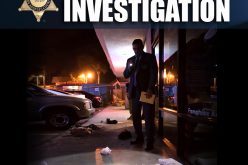 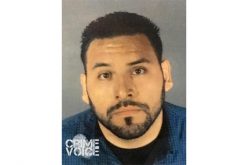