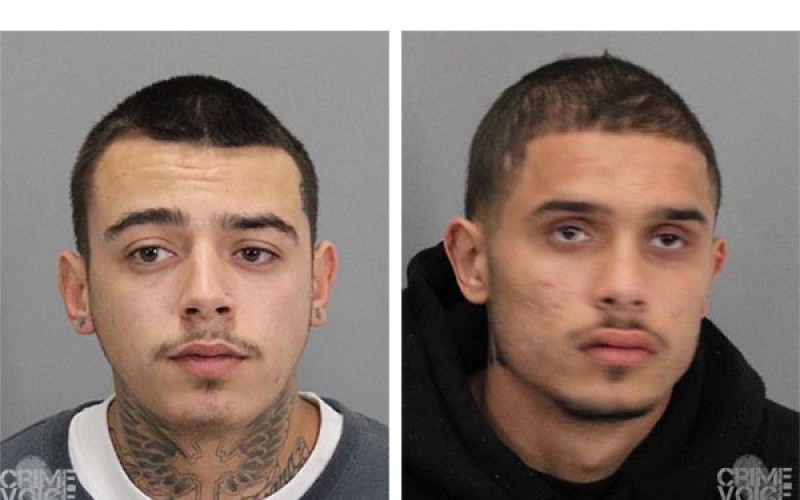 MILPITAS – On Friday, November 6 at approximately 1:49 a.m., a Milpitas Police Officer observed a silver 2007 Honda Accord commit a minor traffic violation while exiting the parking lot of the 7-Eleven located at 57 South Park Victoria Drive in Milpitas. The officer followed the vehicle and conducted an enforcement stop on the 1200 block of Edsel Drive. Once the vehicle came to a stop, the right-side passenger exited the vehicle and fled on foot.

According to Milpitas Police Department’s Lieutenant Raj Maharaj, “Further investigation revealed Misael Padilla was in possession of a Glock 40-caliber pistol in his waistband with a high-capacity magazine. Inside the vehicle, officers located a Firestar 9MM pistol.” The serial number on the Firestar gun matched one reported stolen during a residential burglary in Stockton on May 21.

Hector Caldera was cited and released for being possession of more than one ounce of marijuana. The outstanding suspect who fled from the vehicle during the traffic stop is still being sought by the Milpitas Police Department.

Nibardo Barba has connections with the Manteca and Stockton area in San Joaquin County. Available arrest records show he was living in Manteca in October of 2013, when he was pulled over for a traffic violation, and arrested for carrying a concealed firearm. He was arrested again in March of 2014 in the same area, but then reported living at an address in Milpitas. He was charged with driving under the influence and possession of concentrated cannabis. A year later, in March of this year, he reported a new Milpitas address, but was arrested once again by Manteca police on a warrant for his carrying a concealed weapon charge.

Anyone with any information regarding this investigation involving Nibardo Barba, Hector Caldera, Misael Padilla, or the unknown Hispanic male who fled teh vehicle on foot is encouraged to call the Milpitas Police Department at (408) 586-2400. Information can be given anonymously by calling the Crime Tip Hotline at (408) 586-2500 or via the Milpitas Police Department website. 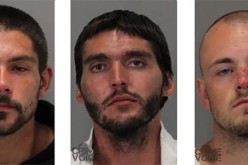