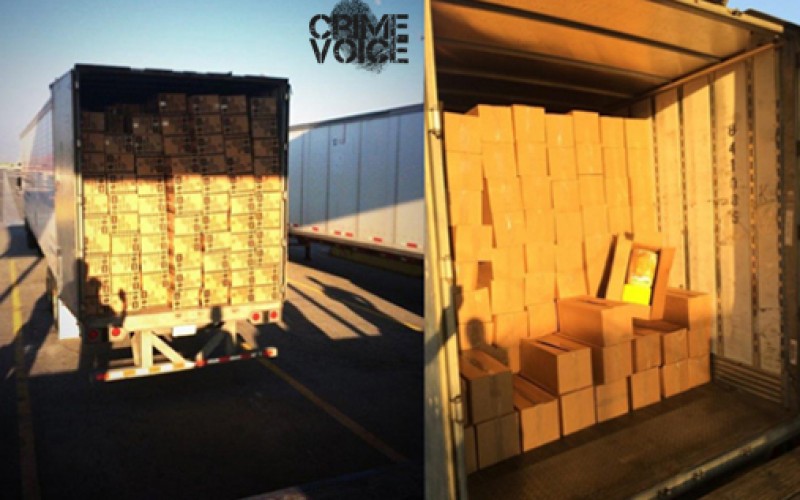 SAN BERNARDINO – San Bernardino Police seized 10,000 pounds of marijuana, estimated to be worth several million dollars, in a Thursday evening raid at a city location that was not disclosed. No one has yet been arrested in the seizure, according to Sgt. Vicki Contreras, who said the raid took place at 7 p.m.

Narcotics officers, said Contreras, were acting on a tip about a large amount of marijuana in a storage container located within the city. When officers opened the door of this container, they found it lined with boxed items.

“Behind these boxes,” said Contreras, “deeper into the container, officers found approximately 10,000 (pounds) of marijuana.”

The value is estimated to be in the millions of dollars, though an accurate amount has yet to be reported. One estimate, however, did report that it was valued at $5 million, though it has not been confirmed.

Contreras said investigators have additional leads that they are following up on and believe that they will be able to identify a suspect. The marijuana was stored in cardboard boxes that had been stacked tall in the back of a white tractor trailer, investigators said. When officers arrived to investigate the tractor-trailer, it was unoccupied. The investigation will continue, said Contreras.

Medical marijuana is legal in California, said officials, though illegal sales have created safety concerns for both police and citizens. Laws do not allow people to possess large quantities of marijuana.

Investigators located the truck, deeming it to be suspicious, which led to its inspection. While the marijuana was found in unmarked boxes, the “dummy” boxes in front of the truck were decoys that were marked as Barbie doll camper toys. Authorities said there was some evidence that indicated the marijuana was not grown in the U.S. No information was given about the tip that led authorities to the truck.