The Paso Robles Police Department is searching for a man who robbed a Wells Fargo Bank at gunpoint early Tuesday morning. 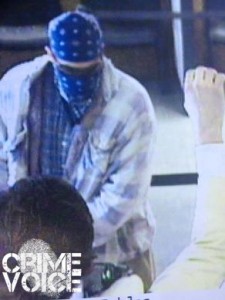 According to PRPD, they received multiple 911-calls around 9:20 a.m. regarding an armed robbery in progress at a Wells Fargo Bank located at 546 Spring Street.

The callers said an armed suspect entered the bank armed with a semi-automatic handgun, was given an undisclosed amount of money and fled the scene before police arrived.

The suspect is described as a white male adult, 6’2” to 6’3” weighing approximately 220 pounds.

The suspect was wearing dark blue bandanas covering his head and face, dark sunglasses, gloves, and a light blue long sleeved flannel shirt with another flannel shirt underneath.

The suspect fled the area in an older model Ford Explorer, described as maroon or burgundy in color, with a slight lift and oversize off-road style tires. Police have a partial license plate, 4JXS or 4JX5. The vehicle was last seen headed eastbound on 6th Street away from the scene. The vehicle also had a factory luggage rack on the roof and a tinted rear window.

There were no injuries during robbery and the loss is still being determined.

Although the Atascadero Police Department and California Highway Patrol assisted, attempts to locate the suspect(s) in the area were unsuccessful.

The PRPD is seeking assistance from the public to help solve this crime. Anyone with information about this crime or any person(s) involved, is urged to call Crime Stoppers at (805) 549-STOP (549-7867). 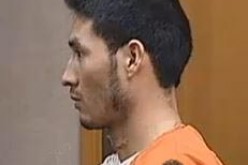 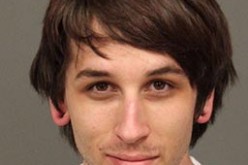