It was a typical Friday night at the Ukiah Valley Medical Center until a 6-month-old boy was admitted with an unusually high fever. However, it was not the high fever that raised the personnel’s concern, but rather the injuries the little one had which seemed to be results of physical abuse. 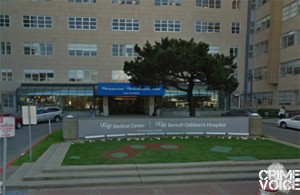 The infant is still being treated at UCSF Medical Center

As the boy’s condition worsened, he was flown to the UC San Francisco Medical Center the next day for better treatment. The UCSF specialists also confirmed that the injuries were from physical abuse and, in fact, found some older injuries leading to believe that the boy was previously abused.

After this conclusion, the staff notified the Mendocino County Sheriff’s Detectives who then conducted several interviews with the boy’s family. The information collected from the Medical Centers and the interviews was enough for the Sheriff’s Detectives to determine that the boy’s father, 25-year-old Ukiah resident Daniel Camara, had been physically abusing his child for the past 2 months.

As a result of the investigation, Camara was arrested on Tuesday April 9 and booked into the Mendocino County Jail with his bail set at $500,000. He is charged with assault resulting in coma due to brain injury of a child under the age of eight years.

According to the Mendocino County Sheriff’s Office, the boy is still being treated for his life threatening injuries at the UC San Francisco Medical Center. 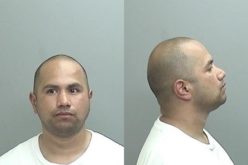