CHICO- Over the past 18 months, numerous incidents involving sexual assaults, kidnappings, and attempted kidnappings intended for college women have taken place in the South Campus Area of Chico State University, with the two most recent occurring in September and December of 2012. “ We’ve had, for the past 18 months, a series of very disturbing incidents,” said Chico Police Lieutenant Mike O’Brien.

During both incidents, a white male suspect, wearing a nylon stocking or mask over his face, forced female victims into the back seat of a dark colored sedan, (in the September incident), and the rear cargo area of a dark colored SUV, (in the October incident). Once inside the vehicle, the suspect then injected victims with an unknown substance, which sedated them and provided a drowsy type of effect. Their hands and feet were then bound with “zip ties” and their eyes were covered with duct tape. At least one of the victims was raped. Both victims were college aged women.

While conducting surveillance in the Southern Campus of Chico State to possibly locate the suspect in these recent incidents, Police Detectives noticed a dark colored sedan driving in the targeted area twice, at around 2:30 a.m. and 3:30 a.m. on January 26. After the vehicle failed to halt at a stop sign, officers stopped the vehicle. Once officers made contact with the driver, they noticed the rear passenger window was partially covered with blankets and bedding. After the driver consented to a search of the car by officers, they discovered two syringes loaded with an unknown substance, latex gloves, several nylons, adhesive tape cut into strips and a flashlight with a stun gun in a cup holder next to the driver’s seat. Noticing that the materials had fit the description of what the suspect had used against the victims, officers arrested the driver for further questioning. O’Brien stated that the vehicle appeared to be ready for another possible attack or series of attacks. 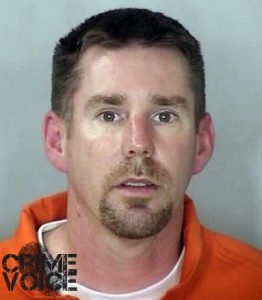 The driver, 40-year-old Lonnie Scott Keith of Chico, was taken without resistance to the police station around 6:00 a.m. Keith is a physician’s assistant at Enloe Occupational Health Services and the Oroville Hospital and was also a paramedic. Keith has been married for 21 years and has four children.

A search warrant was issued for Keith’s vehicle, where officers found a hidden compartment under the cushion of the passenger’s seat containing metal handcuffs, metal leg restraints, zip ties, numerous syringes, multiple vials of prescription drugs and extra latex gloves. Officers are further investigating the place of origin of the prescription drugs and if they came from Keith’s work sites. As a physician’s assistant, Keith possiblyhad access to the drugs at his work place.

During the course of the investigation, officers learned that Keith had sold a dark colored sedan and a dark colored SUV in December of 2012. Both vehicles, which were Keith’s family cars, are now in the possession of the Chico Police Department.

Keith will be arraigned on two counts of kidnapping, one count of rape, and one count of assault with intent to commit rape. His bail has been set at $3.2 million. If convicted, he could face a sentence of 32 years to life.

Officers are still investigating to see if Keith was involved in at least nine other incidents against more students going as far back as August of 2011.